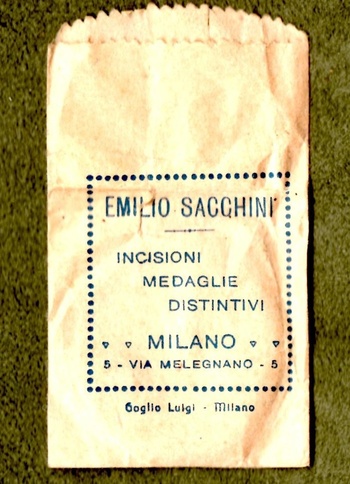 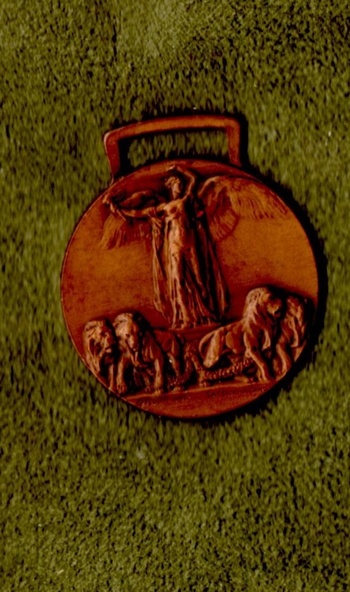 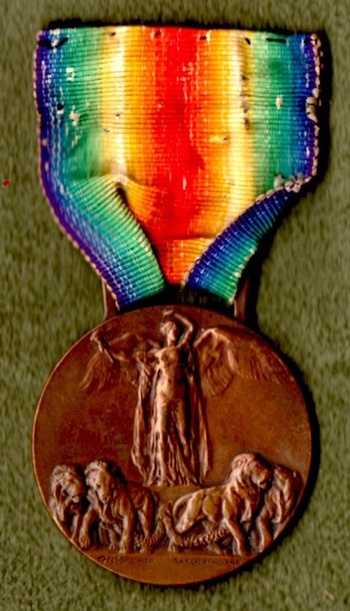 The Italian WWI Victory Medal was established in 1920 for award to all military, militia, government officials, red cross, customs, postal and telegraphic service, etc. who served at least four months within a zone of conflict during WWI. It’s not an uncommon medal, and about two million were manufactured by a number of different companies.

What’s different about this one is that it's an unmounted planchet in its original wrapper with the manufacturer’s name, Emilio Sacchini of Milan. The medal itself also bears Sacchini’s name under the lions on the front. It has all the original dark bronze finish, like it did when it was new. In fact, it appears to be too dark on a couple areas on the back side – but they appear to be splotches of the applied finish, rather than tarnish. The last photo is a different Sacchini manufactured victory medal from my collection, this one with typical wear and mounted on its correct ribbon.

The front of the medal depicts Italia as a winged victory riding a chariot pulled by four lions. The reverse shows two peace doves above a sacred tripod alter. The words “The Great War for Civilization” appear above the doves, and in Roman numerals the years 1914-1918. The bottom reads “To the combatants of the allied and associated countries”. 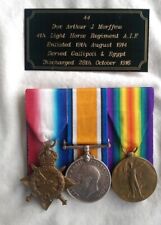 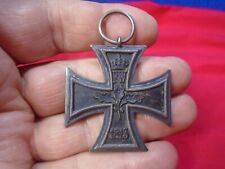