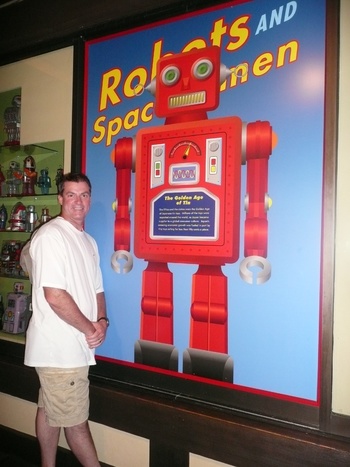 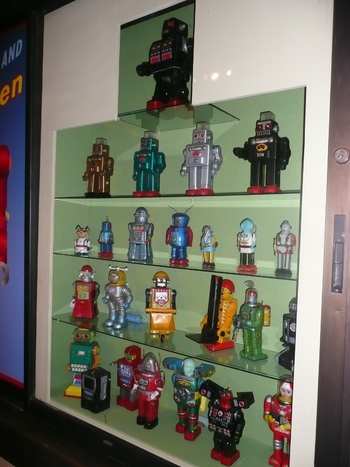 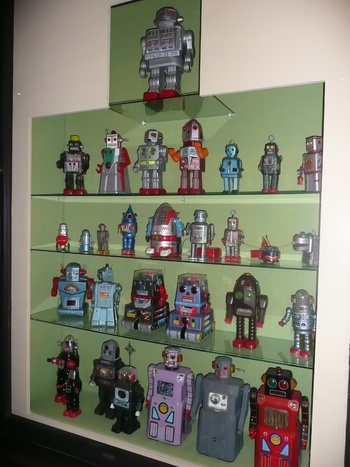 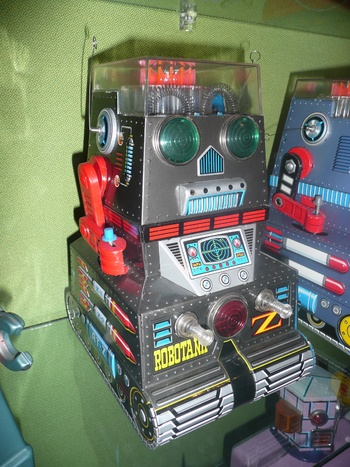 Exhibit at EPCOT visited in 2009 entitled "Tin Toy Stories" . . . 100's of toy robots and tin toys of all types ~ wind-up & battery-operated . . . quoting "Some came from outer space. Some are heroes from long ago. Others represent fantastic technologies only imagined. They are tin toys, and they all have one thing in common ~ they were once the favorite toys of children around the world.

"The Golden Age of Tin" ~ The fifties and the sixties were the Golden Age of Japanese tin toys. Millions of the toys were exported around the world, as Japan became supplier to a global consumer culture. Japan's amazing economic growth was fueled in part by tiny toys selling for less than fifty cents a piece." 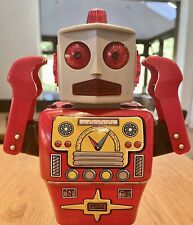 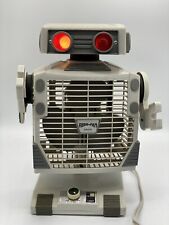 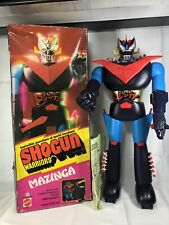