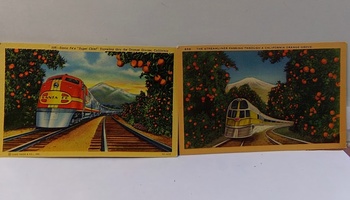 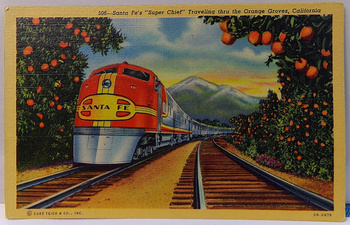 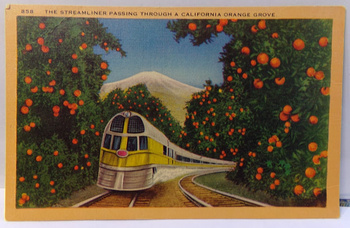 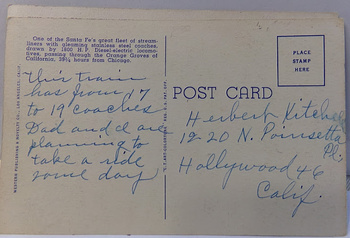 The Santa Fe, if I recall, is the product of several images put together and messed with by the Curt Teich Company. This is a well-known image done by them.

The yellow Streamliner is a year or two later and is a nearly identical scene done by the Longshaw Card Company of Los Angeles.

A train at left. Two tracks. Orange groves on either side. Mountain in the background. Yellow ground. Linen-type postcard.
That sums up both postcards.