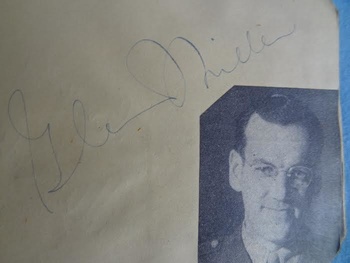 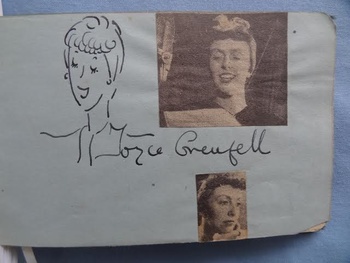 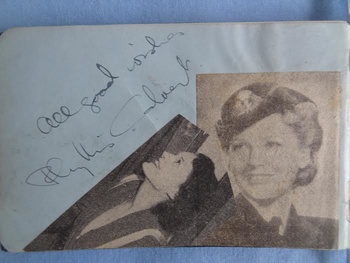 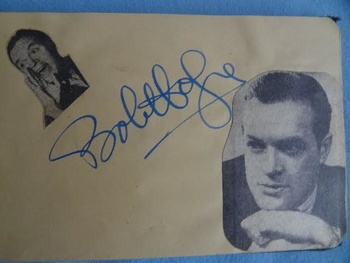 Tears in my eyes every time I see these...all collected during World War Two in England . My late father was a devoted Glenn Miller fan, a young teen in 1939 when Swing was surging....so I bought this autograph booklet for him in 1990 as a birthday surprise at an auction in Hastings, England and now have it safely with me after he passed away ten years ago. There are over 100 autographs, some en masse groups of stage performers, but most solo and many with poignant photo alongside or even sketch, such as iconic comedic actress Joyce Grenfell you see here. Yes, there are Major Glenn Miller's autographs aplenty in our collector's world, but I love the fact he is surrounded here by stars of that wartime era, when our liberty was upheld by the Forces and people both at home and serving were entertained to lift spirits in that hellish time. I am retired but still host a voluntary radio show in Auckland, New Zealand, radio announcing a passion since age 18 in 1969....so yes I play a Glenn Miller track or two often, as I choose all the music for my 4hr thematic show. Pity I cannot upload more photos for you here ... however, just "Make Believe Ballroom Time"