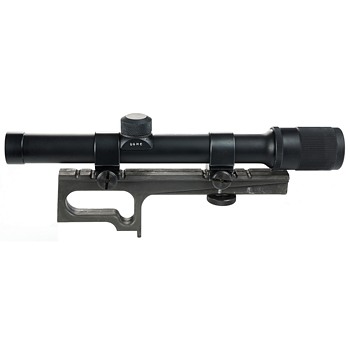 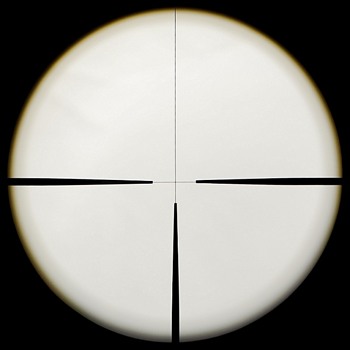 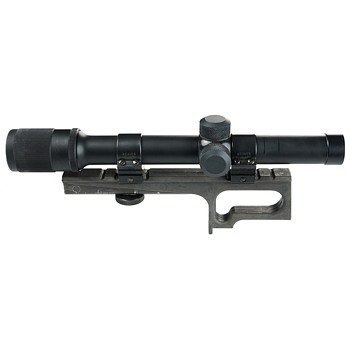 Continuing with yet another military rifle scope post (I’ll get back to early cameras and photographic equipment soon enough): As I’ve mentioned in the other postings @Windwalker expressed an interest in my son’s collection.

As background, for the past several years I have been photographing a variety of early rifles and historically interesting parts for my son who was a Marine (having deployed in Fallujah as a sniper squad member and returned unharmed). While doing the photography, I came to appreciate the subtle industrial beauty and personality of this equipment.

This particular scope is obscure, incredibly rare and extremely cool. Aside from the interesting history and solid build; it has an artful monochromatic no-nonsense look and sculptural quality that amazed me while handling and taking pictures.

Anyhow, I hope many of you find this as interesting as I do.

“This is a Leatherwood prototype scope made for USMC tests in 1977. The base is shaped to attach to an M16's carry handle and this scope is pictured in DFA vol. 1 page 58.”

“... there are four of these scopes, at the current time, that are known to exist. Two are in museums and two are in private hands ... Leatherwood /Realist was the manufacturer and they were 2.5 power, with a one-inch tube. The mounts, as well as the scope are stamped USMC, as they were made for the Corps in, I believe two batches. Some were delivered in the Fall of 1969, for testing and they were tested again in 1977. From my information, they were initially tested in the I - Corp Region of Vietnam, to address the triple - canopy jungle environment problem. The Redfield 3-9x40 was too much of a good thing in that situation and it was surmised that a lower powered optic would be more advantageous at times. The tapered post reticle was also supposed to aid in low light situations too. The scopes did come with Weaver rings. Also, these scopes are of, imo, outstanding quality and clarity and are built like tanks. Truly the way a combat scope should be.”