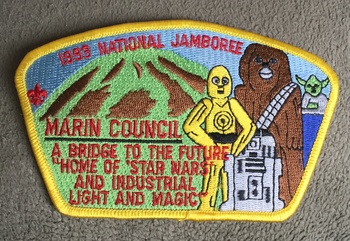 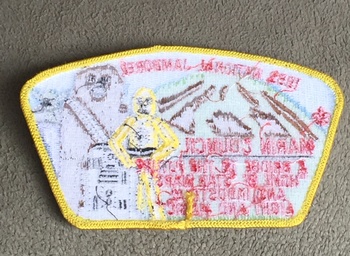 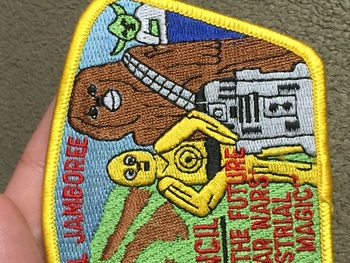 Great BSA crossover Patch from the 1993 National Scout Jamboree from Marin County that feature the " Star Wars" image. This was a big deal when first released Lucas gave the Marin County Troop permission to use Star Wars Images since it was his home town. I just wanted to share it has never been used.