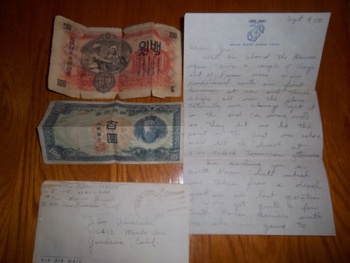 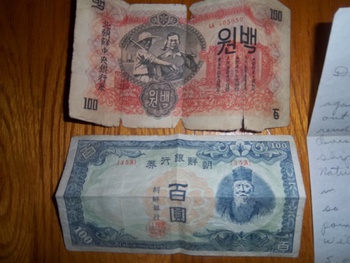 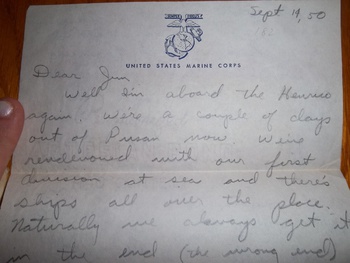 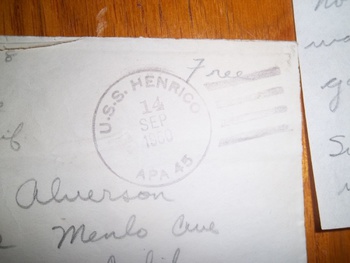 Very interesting story. The man who wrote this letter was aboard the USS Henrico. He wrote this letter, and others that I have, aboard the ship. This letter is the most interesting. It entails that he found this money off of a dead Korean man, actually he says a racial term which I won't repeat on here. The letter dates Sept 14, 1950. He states that the next morning at 7 am he will be invading the beach near the Pusan boarder. Sept 15, 1950, like he states, turned out to be the Battle of Inchon. It was a great invasion that was significant in the Korean war. Also, the ship he was on took part in the Normandy invasion in WWII.