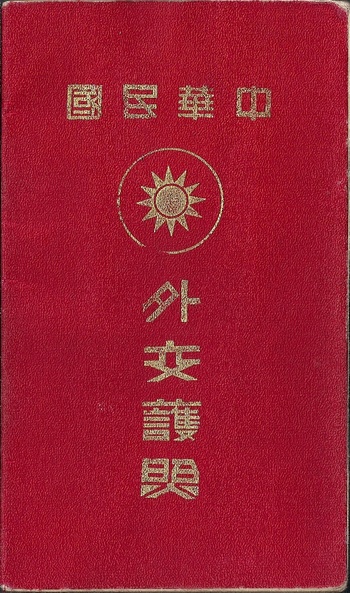 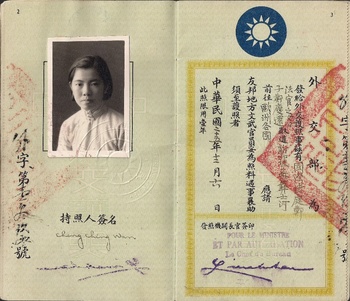 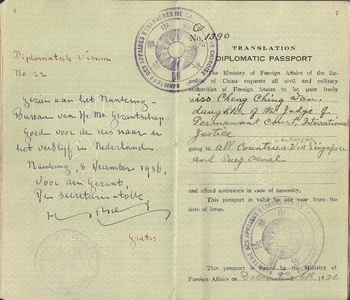 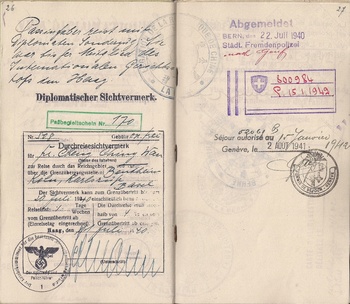 One of the rarest of WW2 related travel documents that can be found: 1936 issued diplomatic passport to the daughter of the Chinese judge sent to the International Court of Justice in The Hague. The family was evacuated from occupied Holland around July of 1940 via special diplomatist train that took most diplomats to neutral Switzerland. Here you can see the special SS issued diplomatic visa. Passport was used up to the end of the war. 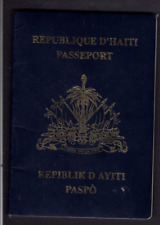 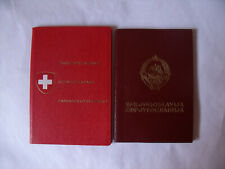