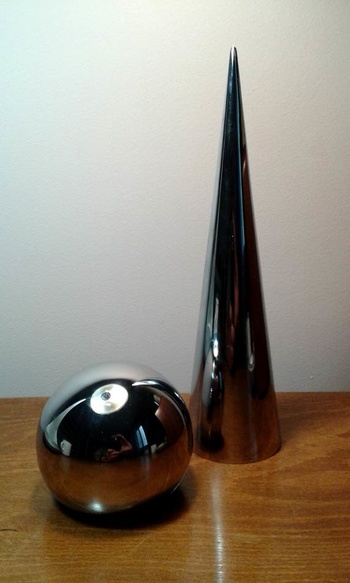 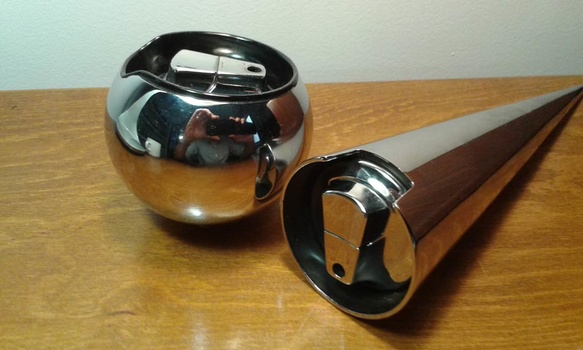 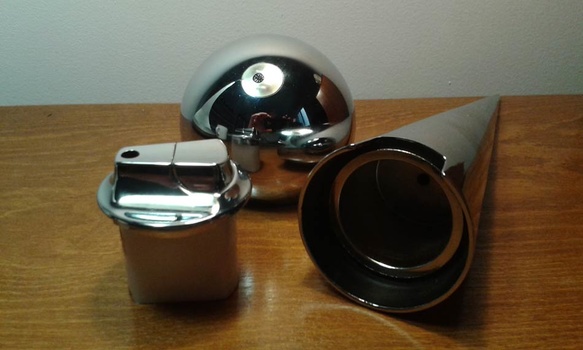 Last week I was lucky to get the spherical lighter i this set (plus a simmilar one in a matte black finishing), while the conical one I've already got for several years... I'd say I got it about 10 years ago, from the same seller I got my rarest Andre Ricard ashtrays.

Unfortunately, nothing is known about who designed them, although they were produced by Flamagás (the same company André Ricard designed several ashtrays and lighters for), so it has to be a Spanish designer.

I have also got -somewhere in the studio-, a little advertising leaflet displaying the whole series these lighters belong to, although the two I've got are the only designs that have got the lighting device "hidden" at the bottom... and the nicest too! (I'll add the pic of the cover as soon as I find it)

Can't tell how excited I was when I found the two ball lighters... but now I regret not having bought the black cone lighter when I had the chance to ;)