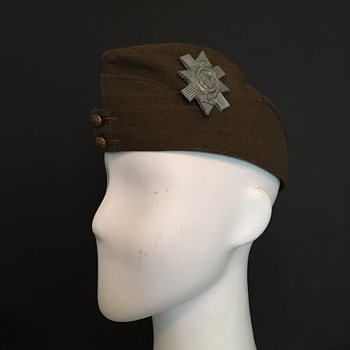 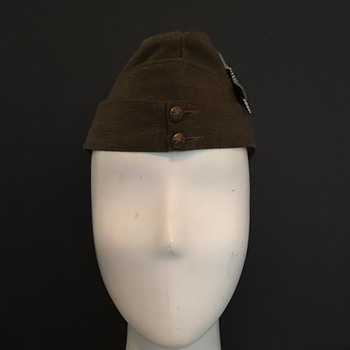 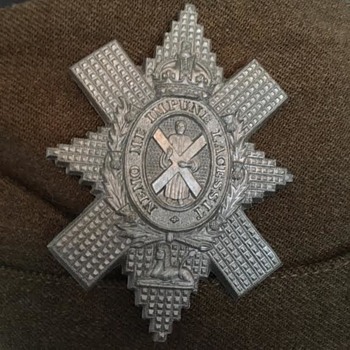 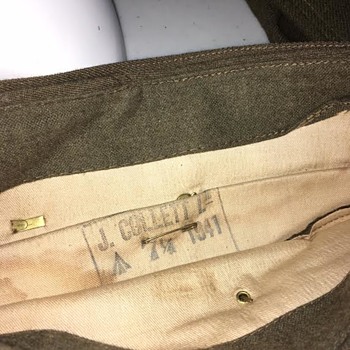 This arrived in the mail yesterday, a side cap to the Black Watch Home Guard. Manufactured by "J. Collett Ltd," stamped with a War Department arrow, and is 1941 dated. The Scottish Home Guard units did not wear glengarries, but rather side caps like the other units of the Home Guard. The side cap has it's original and rare economy badge to the Black Watch. The economy badge itself is made of plastic, as a cost saving measure for the British Government. To the front of the side cap are two general service buttons. The cap is in overall great condition for its age. I am pretty happy with this find, because prior to adding this side cap to my collection, I had nothing to any Scottish Home Guard unit, and I really like the plastic badge. Below is a brief description of the British Home Guard from Wikipedia...

The Home Guard (initially "Local Defence Volunteers" or LDV) was a defence organisation of the British Army during the Second World War. Operational from 1940 until 1944, the Home Guard was composed of 1.5 million local volunteers otherwise ineligible for military service, such as those too young or too old to join the services, or those in reserved occupations–hence the nickname "Dad's Army". Their role was to act as a secondary defence force, in case of invasion by the forces of Nazi Germany and their allies. They were to try to slow down the advance of the enemy, even by a few hours in order to give the regular troops time to regroup. The Home Guard continued to guard the coastal areas of the United Kingdom and other important places such as airfields, factories and explosives stores until late 1944 when they were stood down, and finally disbanded in December 1945.