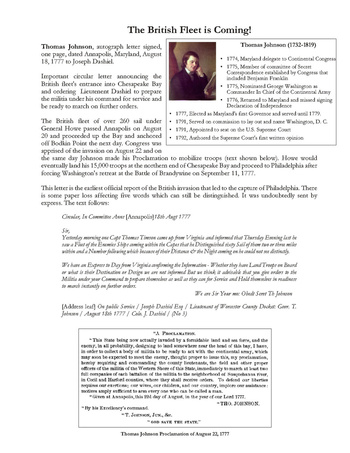 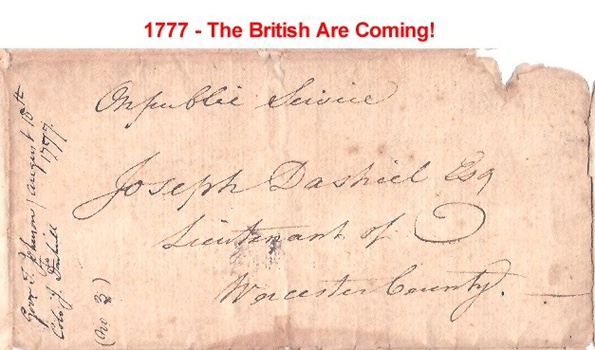 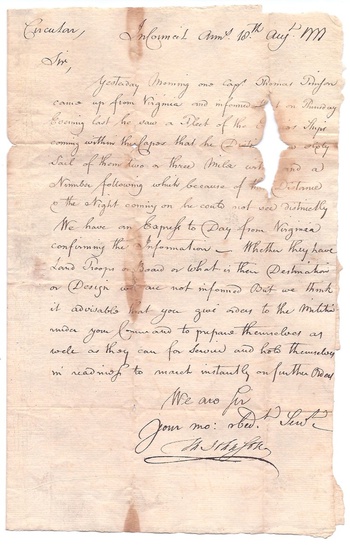 Sir, Yesterday morning one Capt Thomas Timson came up from Virginia and informed … on Thursday Evening last he saw a Fleet of the Enemies Ships coming within the Capes that he Distinguished sixty Sail of them two or three miles within and a Number following which because of their Distance & the Night coming on he could not see distinctly.

We have an Express to Day from Virginia confirming the Information - Whether they have Land Troops on Board or what is their Destination or Design we are not informed But we think it advisable that you give orders to the Militia under your Command to prepare themselves as well as they can for Service and Hold themselves in readiness to march instantly on further orders. We are Sir Your mo: Obedt Servt Th Johnson