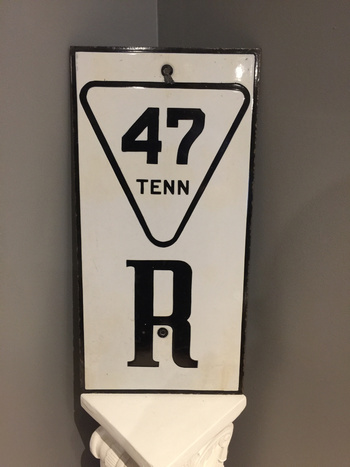 I believe this to be a TN state route sign from the 1920s. Oddly enough, these are not that rare. Supposedly, the signs were all taken out of service due to some political wrangling very shortly after being deployed. Then they all languished in a barn until they were discovered about 20 years ago and have showed up for sale frequently ever since.