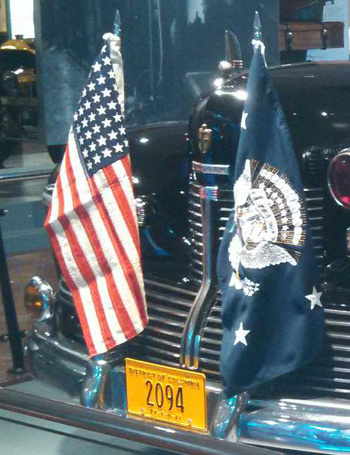 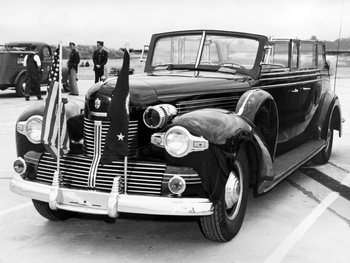 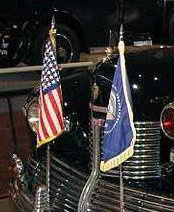 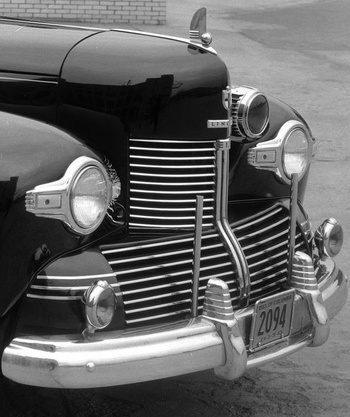 There are times when even museums don't have the correct information and it is up to collectors to help with the historical record.

Recently, as a vexillologist (flags and heraldry), I was able to help with correcting the historical record for the 'Sunshine Special', the limousine of President Franklin D. Roosevelt for The Henry Ford historic car collection in Dearborn, Michigan.

It seems that for the past 30 years or so, the bumper flags on the 1939 Lincoln Model K, known as the “Sunshine Special," used as part of the display were of the wrong era. Instead of the flag to identify FDR during WWII, the presidential flag on display was one adopted in 1960. It took a White House reporter, a car buff, to notice the discrepancy while chatting with a fellow car buff about the history of presidential limousines while waiting next to “The Beast,” the official limousine of President Barack Obama at the White House.

Knowing of my vexillological background and specialty in flags of heads of state, with particular expertise in the history of the flag of the president and vice president (I have written on the subject and gave a detailed walking tour to the White House Curator and US Secret Service at the White House on its history), White House reporter Brody Levesque asked me to verify that the presidential flag on the Sunshine Special was indeed of the wrong era.

"How is it possible," he asked, "that a major historical display would miss such a noticeable detail?"

Well, the Sunshine Special was used by both FDR and President Harry Truman from 1939 until 1949. The display, though, focused on the FDR era through 1945. That required a different presidential standard. It's not possible for museum staff to know this kind of detail unless they are presidential collectors themselves.

To keep the focus on FDR’s time, the official flag for the president of the United States was in fact a military standard for the commander-in-chief adopted in 1916. That would be a flag of navy blue with ‘the presidential eagle’ in the center with a white star in each corner (see first photo). There wouldn’t be an official distinctive flag for the office of the president (instead of a military standard) until 1945 which was navy blue with 48 white stars in a circle surrounding the ‘presidential’ eagle (see the third photo). We were determined to find an FDR-era, 1916 military standard to replace the incorrect one already on display.

To buy an official FDR-era military standard automobile flag, though, turned out to be well outside any museum or personal budget and very difficult to find. So, the National Capital Flag Company of Alexandria, VA, an official government contractor for all official flags, virtually handmade an exact replica of the correct military standard in exact proportions based on an image on file at the FDR presidential library at Hyde Park, NY. An extraordinary accomplishment.

We also needed to replace the earlier 48-star flag on display, because it wasn’t the official proportions and it needed to match the new military standard in size. Dale Grimes, a fellow vexillologist, donated a 48-star automobile flag made at Mare Island, CA during WWII from his own personal collection; a very rare find and a perfect compliment to the display.

It took us about a year to replace both flags with the help of a GoFundMe campaign that included donations from the Chesapeake Bay Flag Association and about a dozen individuals, the generous support of the National Capital Flag Company in Alexandria, VA, and the assistance from the curators of the FDR Library in Hyde Park, NY and The Henry Ford.

Now, both flags are of the proper era, proper proportions and of the proper material. We even replaced the license plates (a reproduction of the 1942-1943 plate; see last photo) to complete the final transformation back to 1943. Altogether, very gratifying.

With our expertise as collectors, there will be a time when even a seemingly unimportant detail will be overlooked by professional staff and it is up to each collector to be prepared to fill in these historical gaps. That's how collectors can contribute to the historical record. Don't be afraid to speak up if a display needs correcting. History matters.

Oh, and the car itself? The story that the 'Sunshine Special' or any FDR presidential limousine is somehow a vehicle originally owned by Chicago gangster Al Capone, and appropriated for use by FDR because it was armored, is without merit. Not even close. From the official website of The Henry Ford:

"...The 1939 Lincoln Model K most often associated with Franklin D. Roosevelt, was the first parade car specifically modified for presidential use. Coachbuilder Brunn & Company focused more on utility than luxury, deleting armrests for maximum seating capacity and adding wide running boards for Secret Service agents. The car was not armored until Pearl Harbor, when bullet resistant tires, glass and armor plating were installed."

Read the only complete historical record about the 'Sunshine Special' authored by Brody Levesque available from the Henry Ford Library.