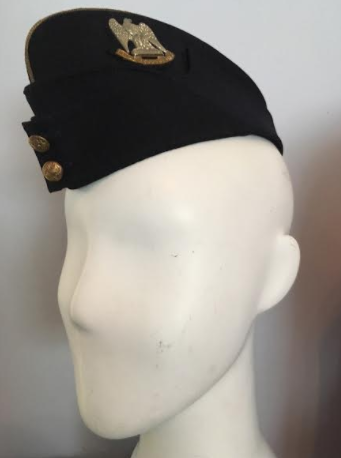 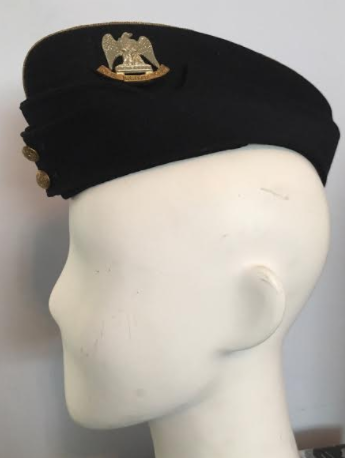 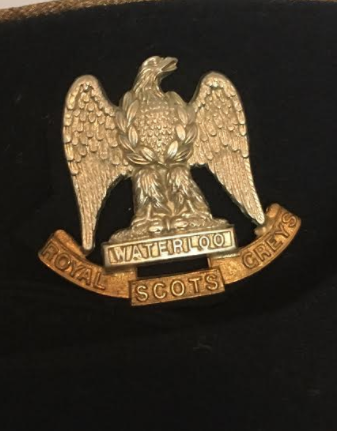 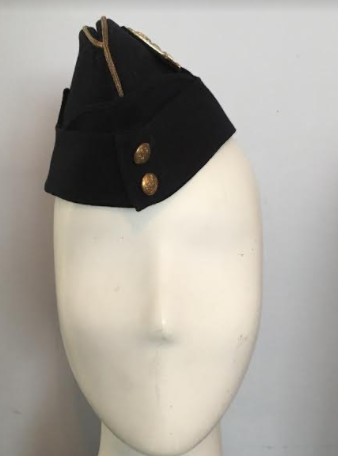 A rare WWII period Officer's Field Service Cap to the Royal Scots Greys. The cap is in overall good condition for its age. It is manufactured by "Dalzel" in Belfast. Two General Service buttons to the front of the cap. To the side of the field service cap, is a nice badge to the Royal Scots Greys, an eagle over "Waterloo" and "Royal Scots Greys". Behind the cap badge is black backing to commemorate Tsar Nicholas II of Russia who was Commander-in-Chief of the Regiment until his death in 1918. There are pictures of the Tsar in his scarlet full dress uniform to the RSG, the uniform still exists today and is in a museum, I believe.

I really like this field service cap, it is to a famous Scottish cavalry regiment. The Royal Scots Greys still exist today through the Royal Scots Dragoon Guards (formed in 1971 through amalgamation with the 3rd Carabiniers).

I would normally write up a history or find a passage from Wikipedia, but the Royal Scots Greys have such an extensive history, they have existed since 1678. This is my first piece of headgear to the Royal Scots Greys, I hope to obtain more to the regiment some day. I highly suggest you read up on this regiment, such a history to it.