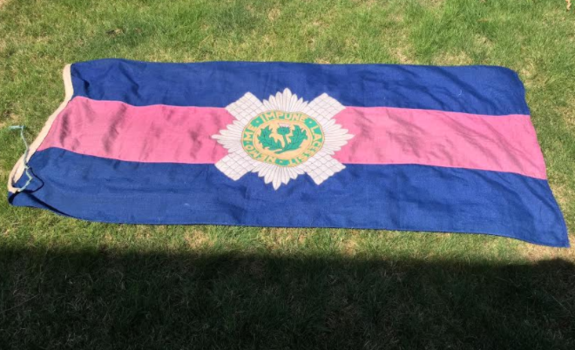 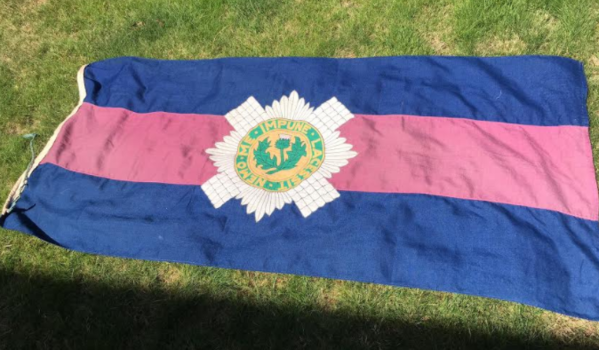 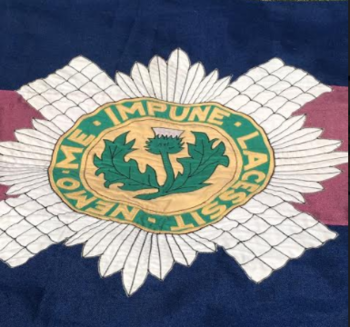 A really nice battalion or company HQ/Barracks Flag to the Scots Guards. This item is bigger than items I am used to taking pictures of, so I had to gently put it on the grass. The flag is in good condition for it's age and has minimal staining and discolouration, no rips or tears, but still looks used. To the center of the flag is the badge/symbol of the Scots Guards and their regimental motto: "Nemo Me Impune Lacessit"; (Latin); "No one touches me with impunity". HQ Flags were hung in barracks and regiment HQs, I've seen another to the Scots Guards before, but I believe this to be earlier period. I think this is a WWII period HQ flag to the Scots Guards, but I could be mistaken and it could be to a later period, still a nice flag whatever the period.

Overall good condition HQ flag to the Scots Guards, and nice for display! Right now it is the table cover for one of my display tables, but hopefully someday I can put it behind a full uniform display of a Scots Guardsman (I don't currently have any uniforms or headgear to the Scots Guards), or hang it nicely on the wall. 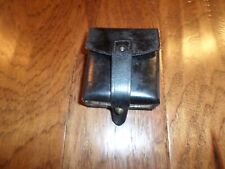