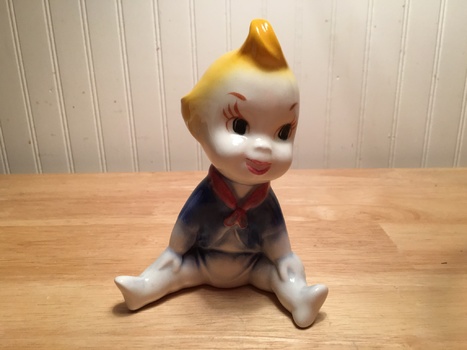 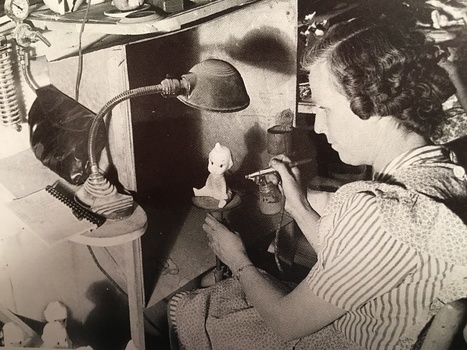 This "Baby Weems" figurine is from the film, "The Reluctant Dragon." This was a live-action film on how cartoons were created at the Walt Disney studios. The story of "Baby Weems," a child with a very high IQ, was one of a collection of four short cartoons and various live-action vignettes. The film was released on June 20, 1941. A Vernon Kilns decorator is shown giving "Baby Weems" a fresh coat of paint.