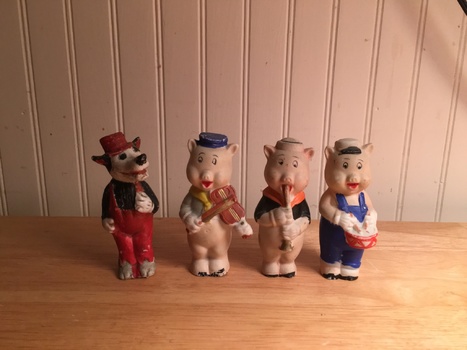 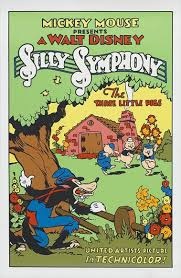 "Three Little Pigs & The Big Bad Wolf" Bisque Figures were imported from Japan to The USA from the George Borgfeldt Corp. in 1934. The animated short film was released on May 27, 1933. It won the 1934 Academy Award for "Best Animated Short Film." The film was hugely successful with audiences of the day. It made so much money that theaters ran the cartoon for months after its debut. It was voted #11 of the 50 greatest cartoons of all time! The cartoon is still considered to be the most successful animated short ever made!!!