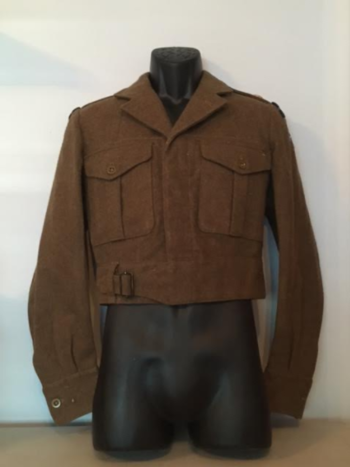 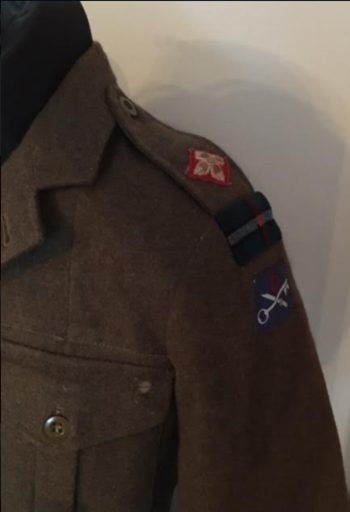 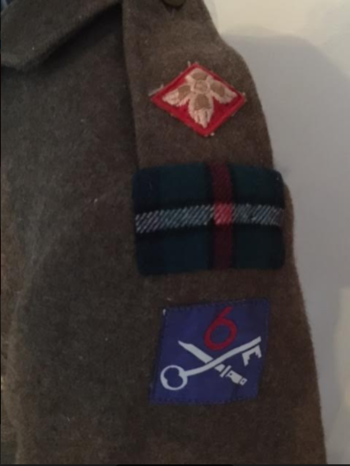 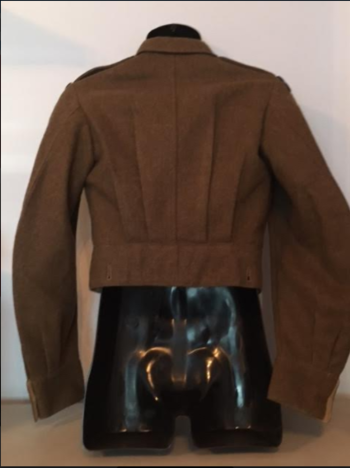 A nice but used Post-War 1949 Pattern Battle Dress to the Seaforth Highlanders. The Battle Dress is in pretty good condition for its age however does have a few moth holes unfortunately. To the shoulder boards is a singular rank star per shoulder, ranking this battle dress to a Second Lieutenant. The red part of the star is to identify what branch, red for infantry, yellow for armored, green for reconnaissance and rifles, light blue for airborne, etc. In this case it is red for infantry. I did not know this until recently, I found it most interesting.

On each arm are very nice MacKenzie tartan patches to the Seaforths and below that is a very nice 6th Infantry Brigade patch.

The interior of the BD is in overall good condition. It is not named, however it has its original clothing tag and is 1958 dated.