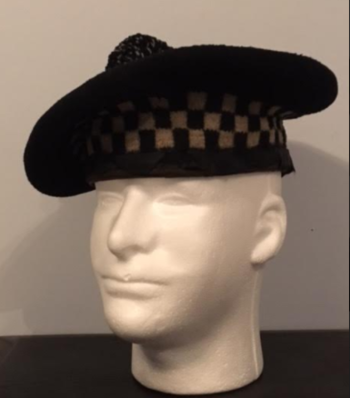 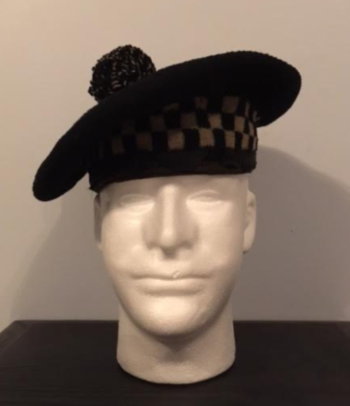 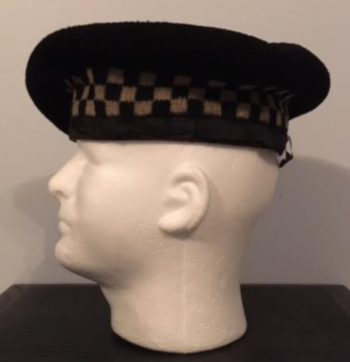 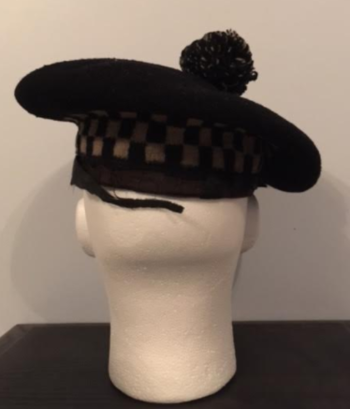 A rare and nice diced bonnet to the Lovat Scouts, an elite unit of Scottish sharpshooters that recruited in the north of Scotland. The bonnet is circa very early 1900s, when the Scouts were first formed. The bonnet is period hand-knitted, and is in mostly good condition for its age. The lower band below the dicing has parts of it crumbling off, however other than that the bonnet is in great shape. The interior of the bonnet is also in pretty good shape but does show signs of service wear.

The bonnet is attributed to George King. I could not find anything on George King of the Lovat Scouts, however the bonnet is straight from the house and I have a letter from a descendant of King stating the he fought in the Boer War. It is very possible that this bonnet could have seen service in the Boer War of 1899-1902. Overall, a really nice bonnet to a Scottish sniper during the Boer War.

In 1916, during WWI, they would formally become the first sniper unit of the British unit, then known as "Sharpshooters."

*Note* I had originally posted this bonnet previously here, but I decided to take new pictures as well as edit my post a bit.