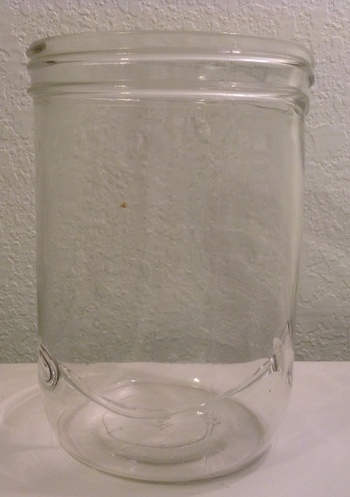 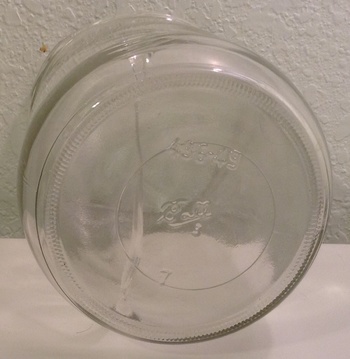 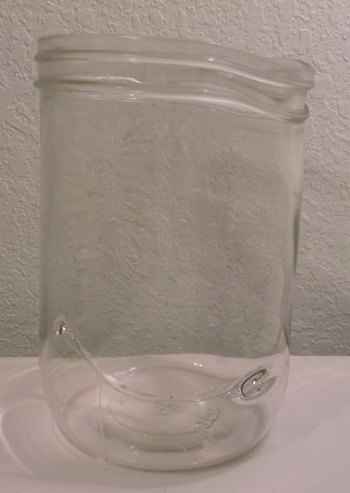 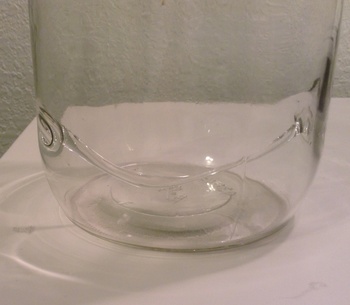 This jar was made by Ball and has a severe factory defect called a bird swing. When the glass was blown into the mold a stringer of glass formed between the two sides and managed to remain intact. The jar was caught by the inspector and was pulled from the line and the lip of the jar sagged. The glass inspector then kept the jar and took it home as a souvenir. This jar design would originally have been meant to be a Jiff peanut butter jar. These stringers of glass were very dangerous as they could break and allow the consumer to ingest glass pieces if not caught by the inspectors.