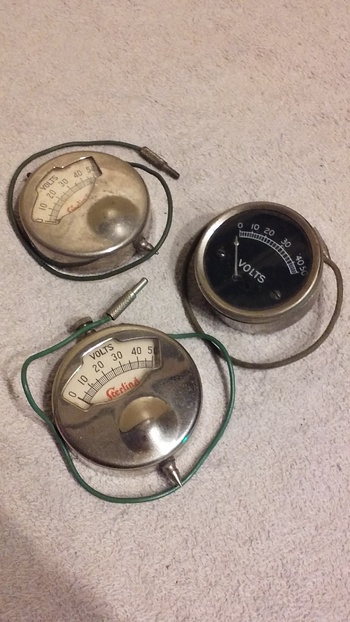 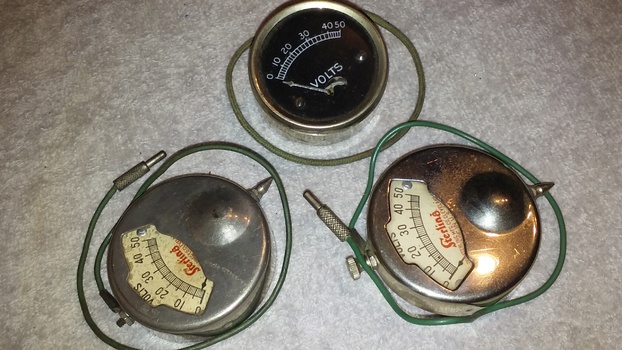 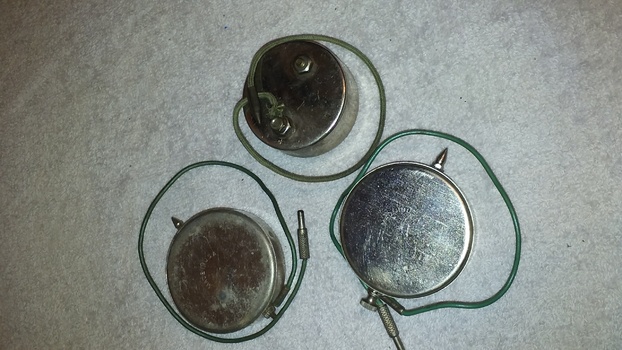 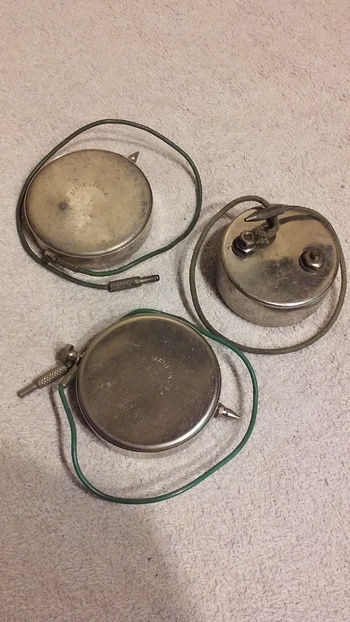 Not 24hrs after posting a single one of these STERLING voltmeters

I was rummaging around in a boxful of stuff -- looking for something else -- when suddenly I found myself with a(nother) STERLING voltmeter in my hand. "Self," (I said to myself) "I don't remember sticking that meter in this box...I thought I left it on the bookshelf in the other room." Which, in fact, I absolutely had done, 24hrs earlier -- instantly confirmed by walking into the other room where there it was. WOW.

OK, I guess I have *a pair* of these little STERLING voltmeters?!! They are indeed identical except for a fancy knurled nut holding the (slightly longer) lead to one of them.

Also shown is a 3rd similar old meter by another manufacturer found in the same box with the 2nd Sterling. It doesn't have any marks or ID on it but looks to me like it would easily be as old or older than the Sterlings.