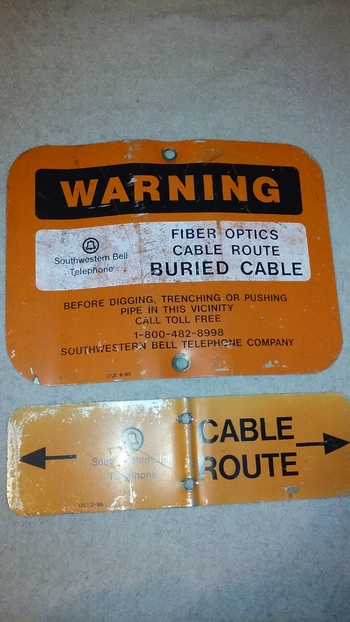 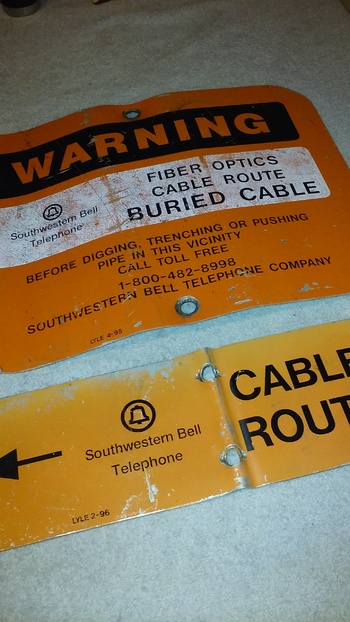 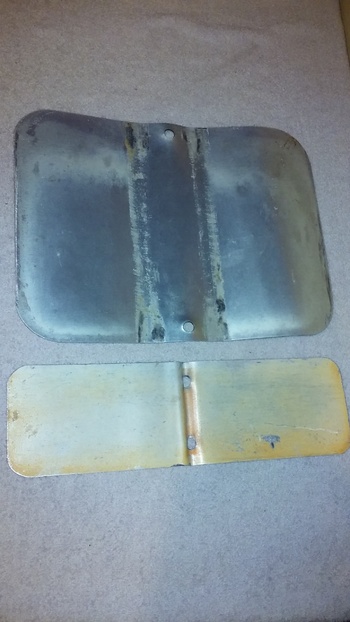 This set of small aluminum signs were recovered from the trash underneath a *large* (and formerly very overgrown) thicket (with lots of thorny-things in it) on a vacant lot which adjoins my friend's yard, after that property owner finally chopped most of it away earlier this year. My best guess judging by the condition of the signs, is that they ended up there a decade+ ago, after being otherwise mowed down in some or other nearby traffic altercation.

Both were rather well covered in brownish/greenish 'laying under the bushes' crud which actually washed off pretty well. The larger sign retains its bent up shape as recovered, the smaller cable route tag was actually bent mostly in half, so I did have to unfold it.