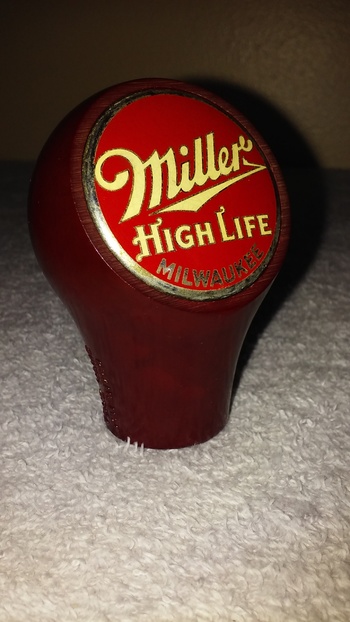 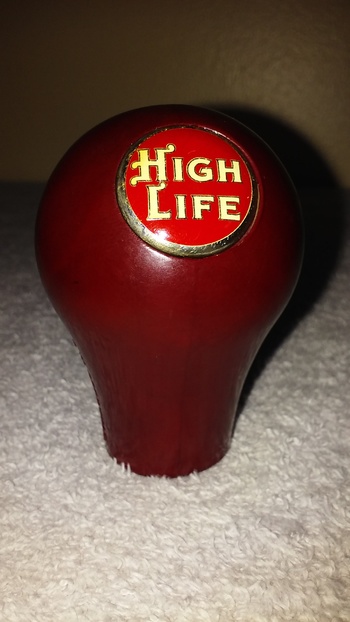 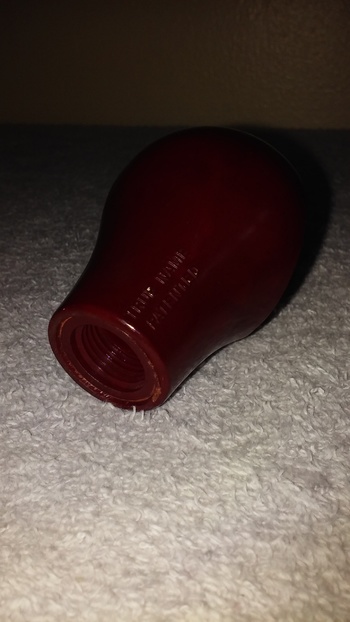 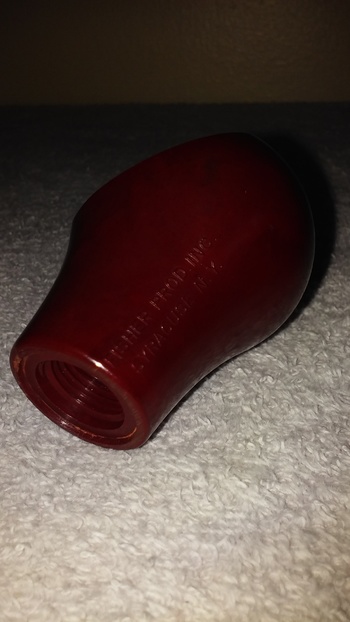 I've had this beer-tap handle for a few decades now and always thought it was probably 'kinda old' ever since I got it -- only today (after recently unearthing it from a boxful of other stuff) did the interwebs enlighten me to exactly what/how old it likely is?! :-)

Made of dark red bakelite, it is roughly 2-1/2" high and 1-3/4" across. It has "FISHER PROD. INC. SYRACUSE, N.Y." in raised embossed letters on one side of its bottom (where it would screw onto the tap handle) and "TRUE NAME PATENTED" on the other. Its face bears an (enameled?) metal "MILLER HIGH LIFE MILWAUKEE" logo that's 1.5" across, with a similar 7/8" "HIGH LIFE" logo on the rear, both logos are slightly 'dished' around their edges and set into recesses on the body of the knob itself.

Knobs like these were apparently manufactured by FISHER PRODUCTS, INC. of Syracuse in the 1930's, with a wide variety of beer brands/logos. Seems as though the idea of making a tap knob in a 'ball shape' (thus allowing a brewer's logo to be displayed on it) was a new one worth patenting then...so Mr. Fisher did?!

Another interesting aside...after a 'merger' in the late 30's or early 40's, Mr. Fisher's company went on to achieve greater familiarity with the general public (to this day), as the first half of "FISHER-PRICE TOYS". 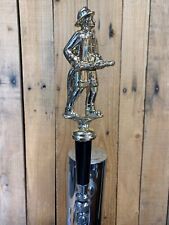 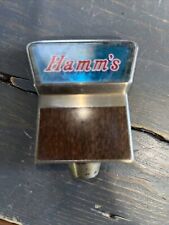