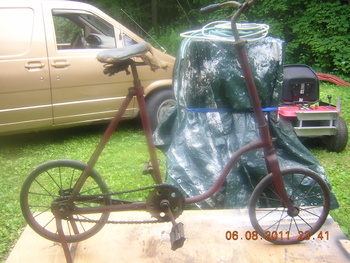 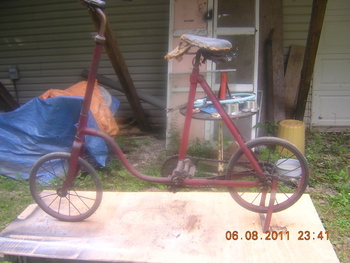 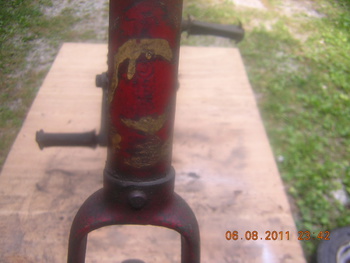 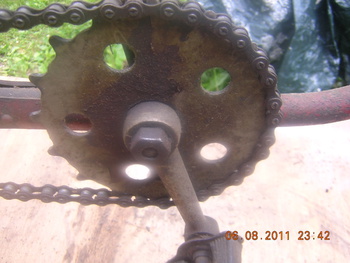 I have been looking for several days on the net on different bicycle sites, to see if I could find a bicycle like this. I believe this bike is from the middle to late 19th century, but I'm not sure. The only thing I know about this bicycle is when my father gave it to me to ride when I was about 8 he said to me when you can ride this bike as good as Grandpas monkey rode it in the circus, I'll buy you a real bike. Now I know that my Great Grandpa worked for a Circus in Hungary before his family came to America, and I seen old pictures of him with a organ grinder and a monkey, but as to whether this bike was rode by that monkey or my Dad was making a joke I don't have a clue. But the bicycle may have come here from eastern Europe. So this is everything I know about the history of this bicycle, and I hope someone can give me an idea of the lineage of this bicycle. Thanks Phil.