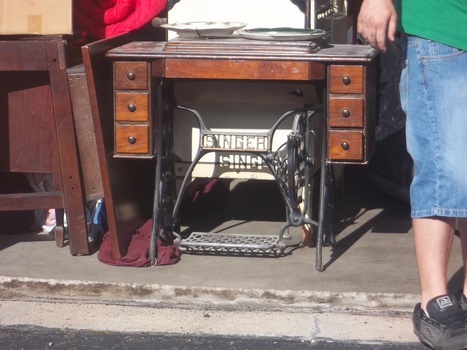 Here is an old Singer sewing machine table. It looks to be in good shape. It is very pretty. I also have 2 antique Singer machines also. I don't have pictures of them at this time. Could you tell me the year?