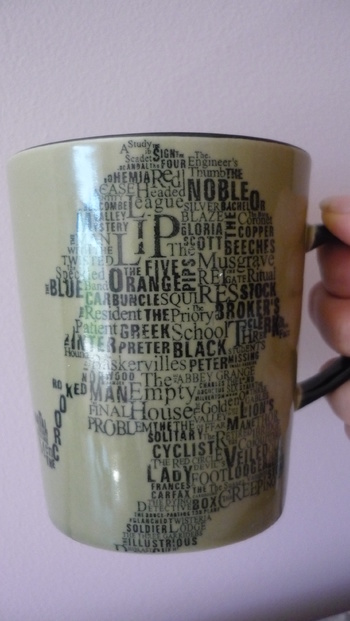 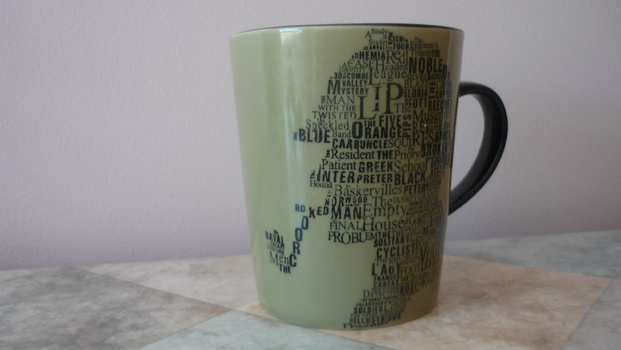 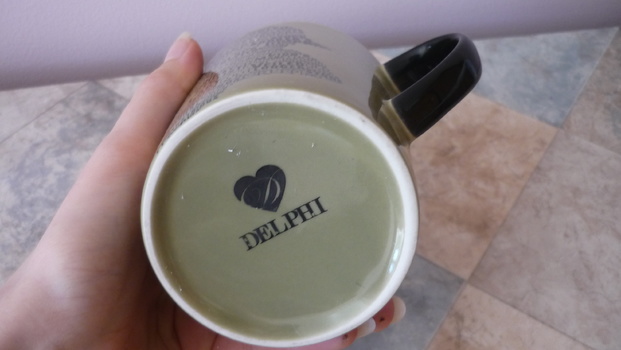 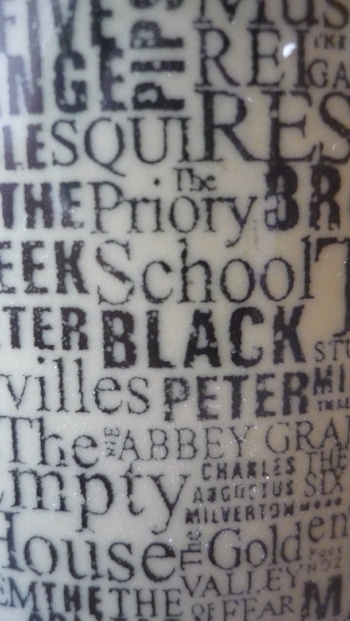 When I was a child, I thought Sherlock Holmes was the coolest damned fellow around- even more so than the likes of James Bond and Harry Potter. I guess it was just the idea of being able to use brains and intellect over brawn and magic? I even tried to read the books when I was WAY too young to really appreciate them :P
Anyway, I was in a charity shop today and happened to spot this on a shelf- a Sherlock Holmes mug! I know it's just a plain and simple mug with an unusual design on it but I've never seen a design like this before and thinking back to my childhood I'd know I'd have loved it then just as much as I do now. Don't think it's anything rare or valuable, it just happens to be unusual to me!
The stamp on the base reads 'Delphi' and that's all. And if you look closer, the shape of Sherlock Holmes's head is made up of text from the books and there titles too such as 'The Hound of the Baskervilles', 'The Man With the Twisted Lip' and The Adventure of the Dancing Men.'
I wonder has anyone out there seen something similar before?
Cost €3 - $3.48- £2.65 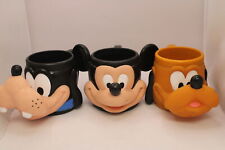 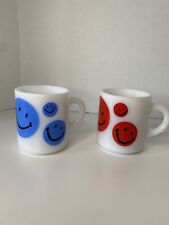 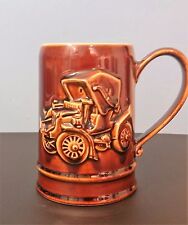 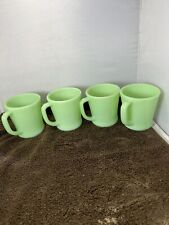