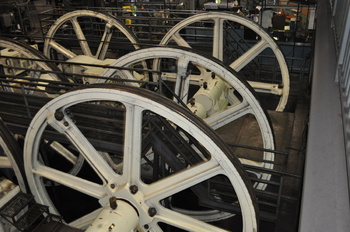 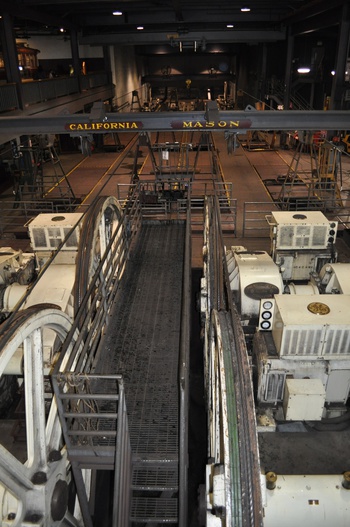 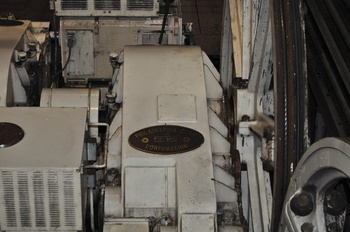 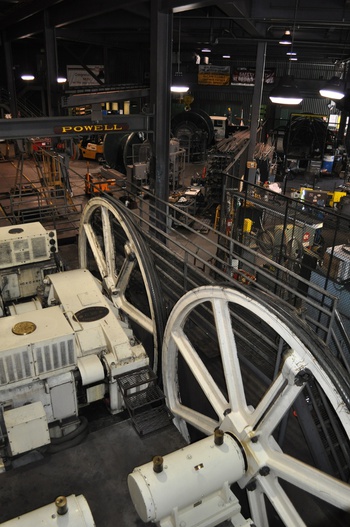 That is quite a complicated question. To fully understand how a cable car operates, you would probably have to go to the Cable Car museum, but here is a little excerpt"

"Hundreds of small sheaves are under the streets where the cable cars run. They keep the cable aligned and make curves and crossings possible. These smaller sheaves are referred to as pulleys."

The car is connected to the cable by what is called "The Grip" which is described as essentially "a giant pair of pliers" that grabs and slides onto the cable at varying levels of strength. 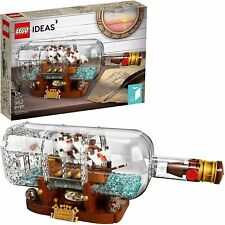 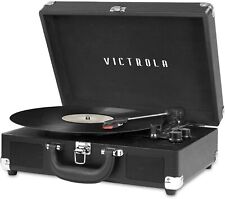 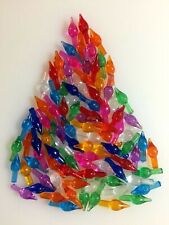 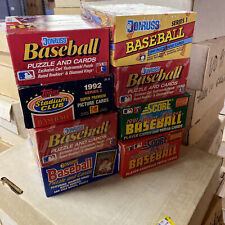