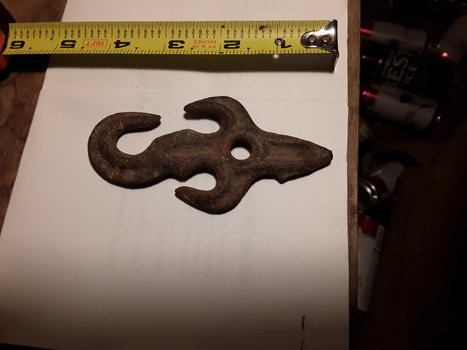 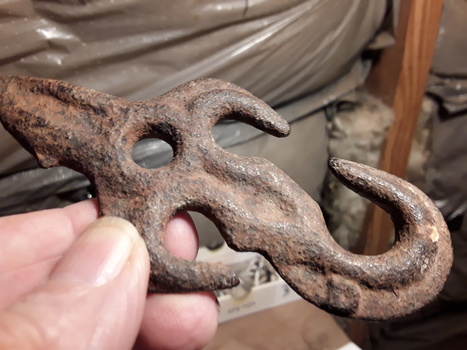 I have no idea what this is. it was found in the dirt on unimproved land in central Texas. There was an old house on the land that had fallen apart. Now it's all trees and scrub brush on a creek. It might have been farmed at one time but there's no evidence of that now. It is about 1/4 inch thick. I could see it being used with light rope or cord but why the point. Also there is a small barb on the side of the point. What could be a "D" is cast on the curved side of the large hook.