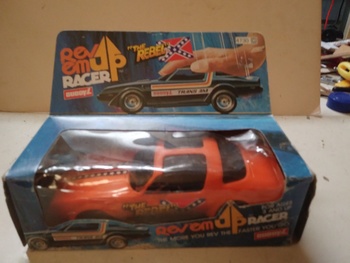 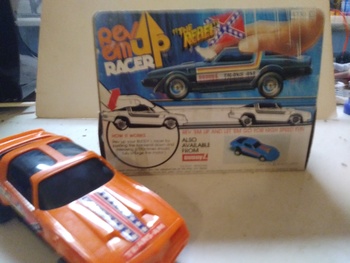 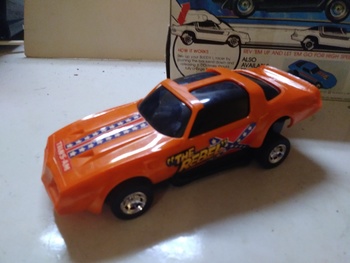 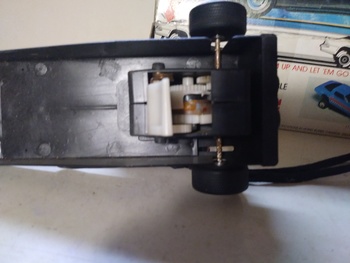 Just picked up a Buddy L "The Rebel" Trans-Am in the box. I've posted many members of this series before. It was Buddy L's entry into the unlicensed DOH race in the early 80's. This one actually works! It's a Trans-Am instead of the more common Vette also. I've only seen one other Trans-Am on EBay. It wasn't working and had a broken windshield pillar. I paid just slightly less for it than this boxed functioning one. The box isn't in the best of shape, but they're hard to find period. These things never work if found loose, the ones on Ebay that work are always boxed. The first time I got one(Vette) I pushed down on it and it spit out small pieces of plastic gears. The last picture shows the ridiculously delicate "motor", this thing was supposed to made for kids to actually play with.. I see toys from the 50's all the time that still work, how many from the 80's with action features that were played with do you see that work. That's one reason I just loves my bullet proof Hubleys, respect for being able to survive me as a kid! This thing would've lasted maybe an hour with me when I was five. A picture on the box shows a blue Vette. I've never seen any Rebels in anything but orange plastic. They made some white painted metal vans and pick ups. Was this a prototype photo of an existing Vette(they made the Rev 'em Ups before the rebels) with stickers applied before they were molded in orange? If they did actually produce a blue one, The Toyrebel must possess one for his collection. 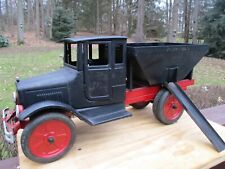 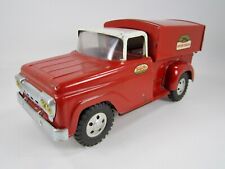 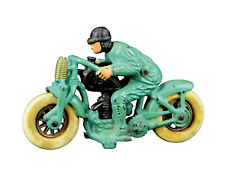 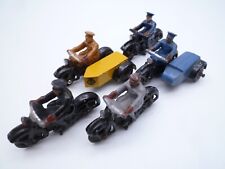