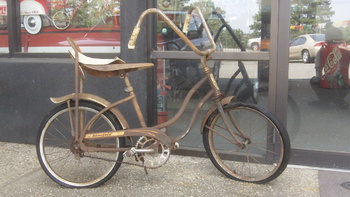 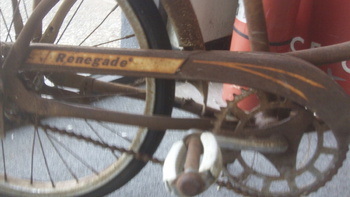 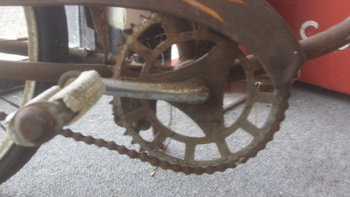 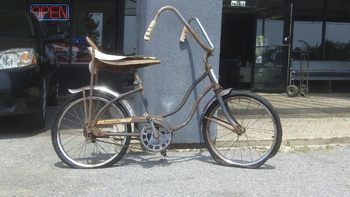 This is an old bicycle that I found while I was looking around behind my dads work. I've been back there many times but I never noticed it because it was half buried in the ground under a bunch of sheet metal. I can't find anything about it other than that maybe it was made by AMF or Roadmaster. Does anybody have any ideas?

**I just uploaded a new picture of the bike after I cleaned it up some. I'm going to try to clean most of the rust off. I think most of it will just buff off and I'll just get it ride-able