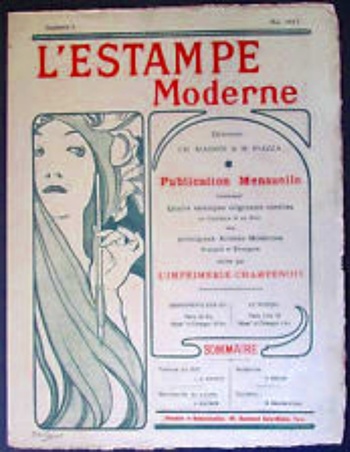 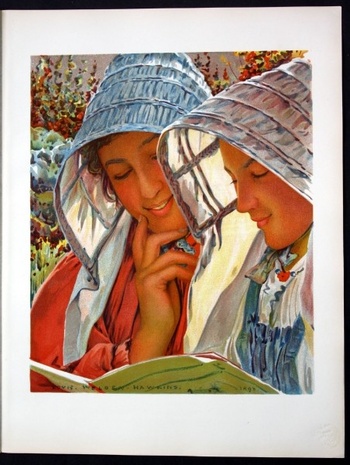 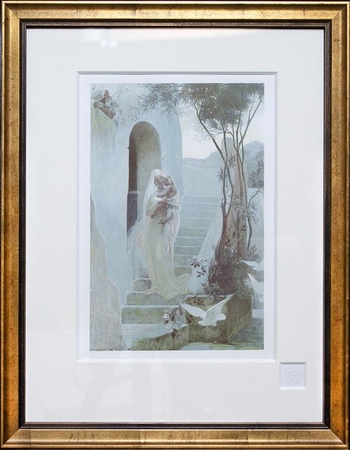 L'Estampe Moderne, published between 1897 and 1899, provided a different kind of aesthetics in terms of small size prints.They were not reproductions of large commercial posters, as The Masters of the Poster were, but sets of 4 prints each, all corresponding to a literary text [included on each protective gauzy cover to each print] which arrived in a presentation folder with a Mucha design [Pic. 1]. The first sets followed Mucha's aesthetics of "ornamental" females, many as scantily clad as possible. [Pic. 2 . Emile Berchmans, "Renouveau," 1897, also known as "The Nymph and the Satyr Dance"]. Soon they turned towards costumbrism, focusing on local color, types and humble professions [Pic. 3: "Les Liseuses", Louis Walden Hawkins, 1898] or symbolist themes [Pic. 4: "L'Enfant," also called "La Maison de la Vierge", Guillaume Dubufe, 1899]. 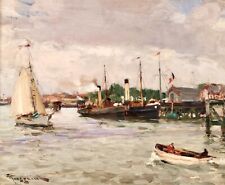 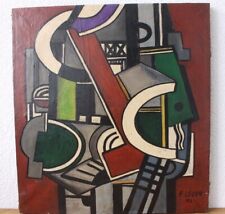 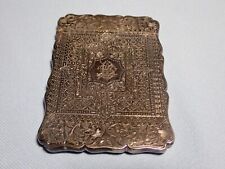