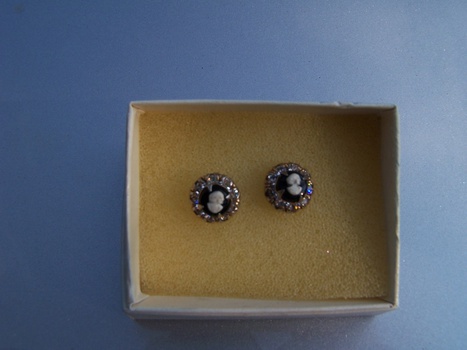 These were given to me by my maternal aunt, she would be about 87 years of age if she were living. They were given to her by an old friend. My aunt told me they were very very old and as she said "not real diamonds, just fakes". They are white cameo's on black with most likely stones imitating diamonds around them. Today we would call this cubic zirconium or whatever. The stud backing closure screws on. I wore these a couple of years ago when I played the role of Ethyl Mertz in a community theatre. Any thoughts as to the age??? 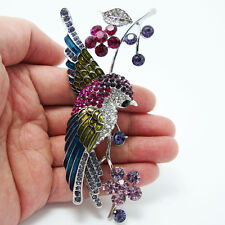 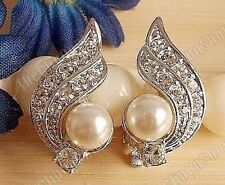 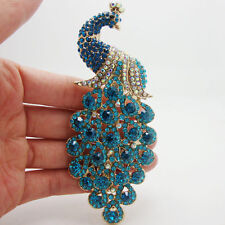