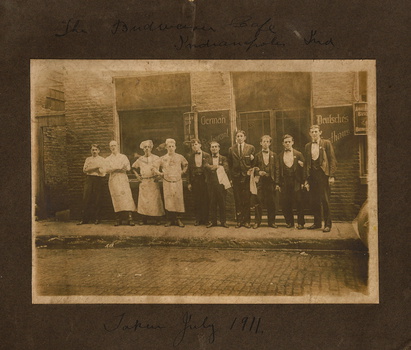 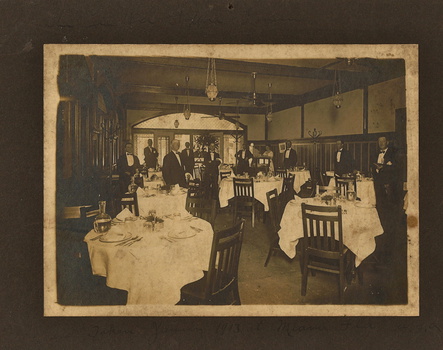 The second photo was taken at the Ye Wee Tappie Tavern in Jan. of 1913 in Miami. It was owned by William Ogden, who also owned the Biscayne Bay Co., a fruit growing and shipping company and it was Miami’s first luxurious saloon. Dade County went dry later in 1913 and so did the tavern a few years later. There was once a plaque in the hotel where it was located which read: “The Ye Wee Tappie Tavern, a gaudy gilt tavern, born in champagne in 1911. Died in lemonade before it was seven.”