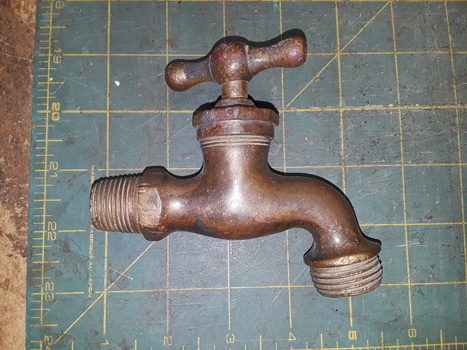 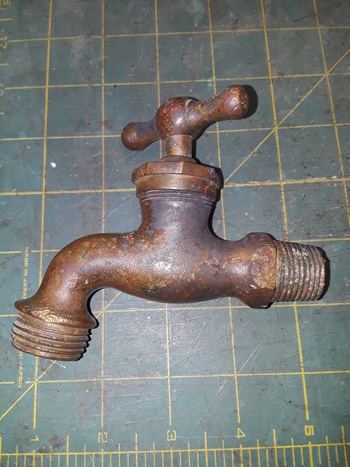 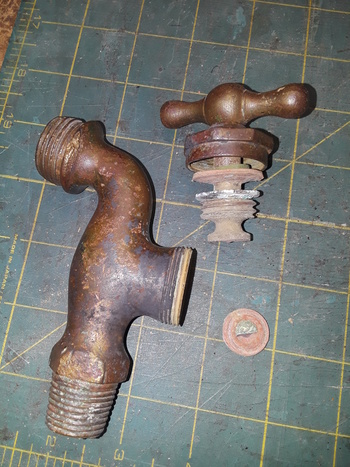 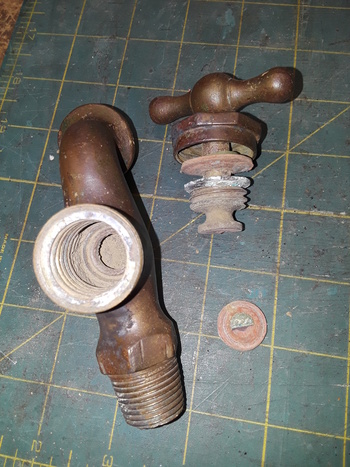 This was literally picked up off the ground numerous years ago now from behind a 1950's-ish building, where it had then apparently been simply dropped and abandoned after being replaced by a newer valve. No doubt because, as it currently exists, it would absolutely LEAK LIKE A SIEVE, but whatever... <lol>

Nonetheless I think it's still kinda a fun oldish chunk of metal. Actually quite nicely crafted, unscrewing its 'cap nut' now reveals several thoroughly dried out rubber seals/bits inside. I think the little greenish 'lump' shown in the middle of the small round reddish part was once the head of a screw which woulda held that part of it to the bottom of the rest of all that.

There are no markings whatsoever on it to now indicate who might have first made it, or when.