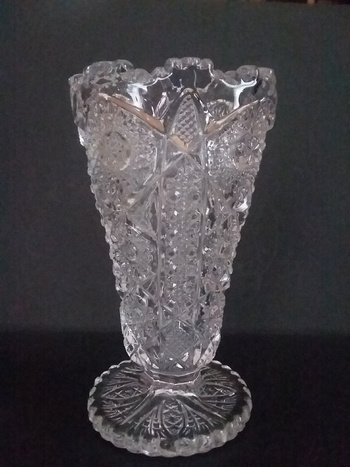 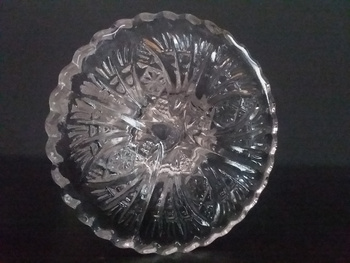 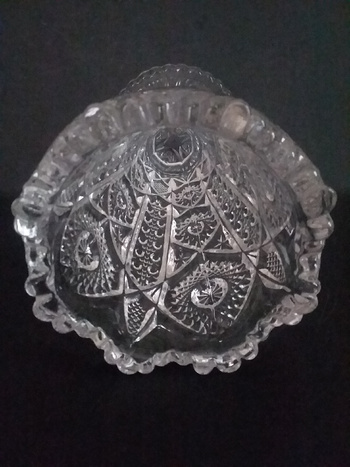 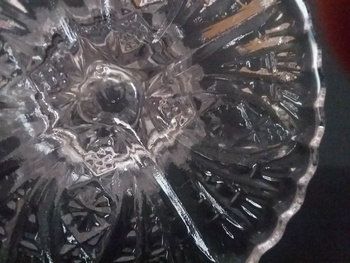 This little vase is 6.25" high, 3.75" wide. In 1972, Lenox purchased Imperial. As a result, they added the letter "L" to the mark. This was used until 1981. I was not able to get a very good image of the mark. I think actual name/pattern is NUCUT 536, but also called Star & Cane. A sturdy little vase and fun to handle due to its irregular, but not sharp edged surface. Heavy for its size. GW today for $1.99? Don't recall. Also picked up a behemoth German made 24% lead crystal vase. I wasn't expecting the German vase to be so heavy and my ears actually popped from the effort to pick it up. 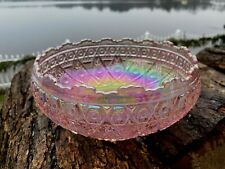 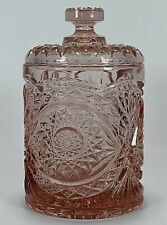