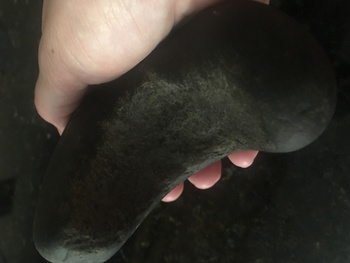 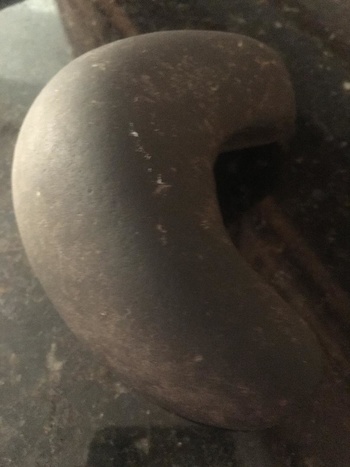 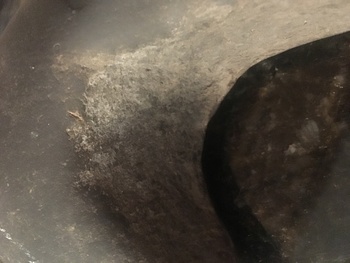 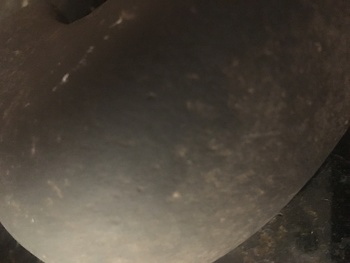 I am taking a guess by listing the heading this way as I have no idea what it might be.

I own a former pecan plantation, The Perrault House, in Natchitoches, Louisiana very near Cane River Lake. Natchitoches was once a Caddo Indian village prior to the Spanish and French arrival. I recently found a couple of rocks while digging up old azalea bushes. I took one rock and left the larger one, which seemed out of place as it was about 8" - 10" round, smooth, and grey / white. I am posting photos of the first black (heavy) rock I took to my home in Dallas where I spend most of my time. I do not think it is magnetic as I could not detect a pull from a magnet.