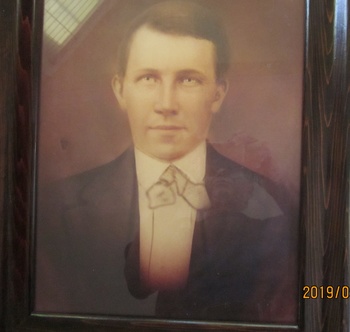 This is a 10" X 14" image of a 19th century relation of ours that we recently inherited.
His first name was William, and we are told that he was a trooper in the 2nd Virginia cavalry
in the American Civil War. We are told by our genealogist relative that this image has appeared in
various genealogy online articles about him, or our relatives. We were also told this image may be
partly a photograph, and perhaps partly a painting. He had at least three horses shot out from under
him in the war, including one during the epic cavalry battle at Brandy Station, Virginia in 1863.
The army gave him $500 in compensation for his horse, and he went home to get another.
This man survived the war, and lived until 1890.
Of course, we will keep this image in the family to remember this relative.