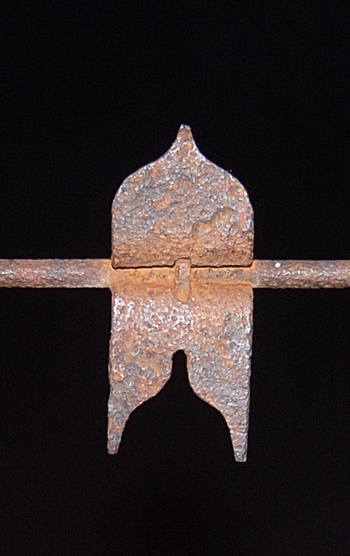 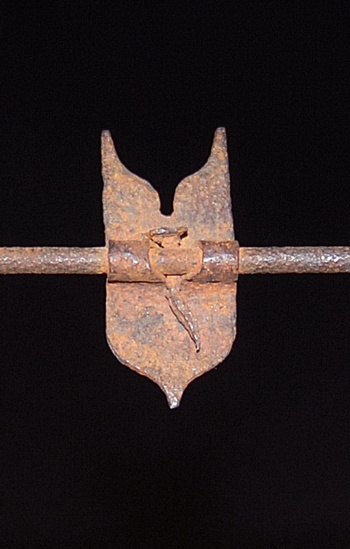 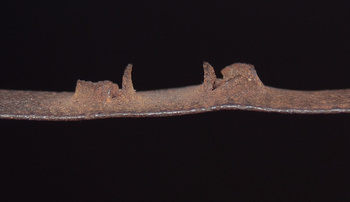 Images 1 and 2 are the Harsha Pin Lock Barb patented in 1876 by Mortimer Harsha of Chicago, Ill. (Hagemeier #192 B)
Images 3 and 4 are the Dent Paired Barbed Ribbon patented in 1897 by Samuel Dent of Jansville, OH. (Hagemeier #980 B) This is one of the more primitive designs which seems easy enough to make. This example has 4 sets of paired holes and they alternate from which side of the ribbon they were punched, giving points to both sides of the ribbon.

It is interesting to discuss the orientation of many of these wires. While the Dent is fairly obvious, the Harsha probably was oriented horizontally with the barb below the single line wire. Vertically would have served little purpose. We often change the orientation on the original fence to display the wires in our collection.