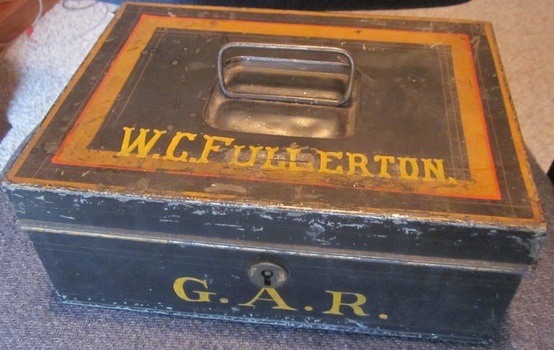 Marked "W.C. Fullerton", who was a Civil War soldier who served in a Minnesota unit, Hatch's Independent (Cavalry) plus.
That was a Union unit raised to protect people from the local Indian conflicts. Pvt. Fullerton was for a time also assigned
to a river gunboat. I am not sure, but this may have been used against the Southerners.

Did he keep cash in this box, perhaps dues, for his GAR unit after the war?
The US veterans, of course, were the Grand Army of the Republic, while the South had
the United Confederate Veterans.