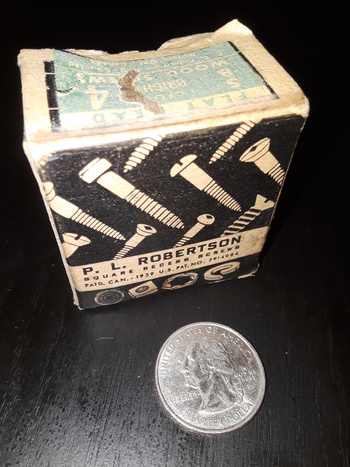 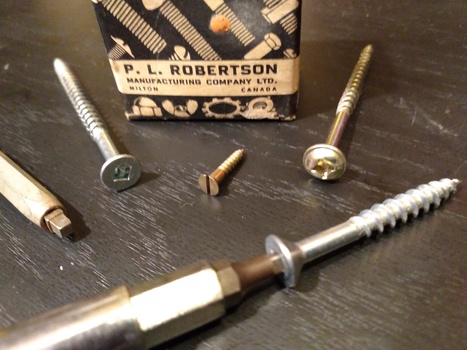 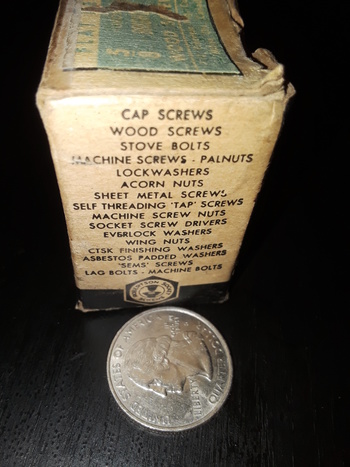 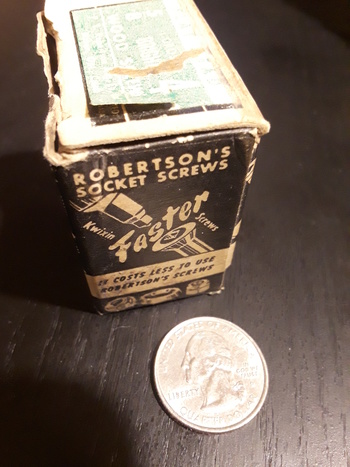 ROBERTSON SCREWS has a long and interesting history

their largest achievement thereof likely being the invention/perfection of what are now commonly (generically) termed "square drive screws", though they were also known for making very high quality brass screws. Pic 2 shows several modern square drive screws (including one 'combination square/phillips drive' on the far RH side) and how a driver fits into them, as well as one of the tiny (conventional slotted) brass screws actually contained in this box.

I love the graphics on the box in particular, guessing it was produced at some point when Robertson (a historically Canadian Company) was making one of several efforts to popularize the square drive screws here in the USA, where unexplainedly they never really caught on despite their efforts, until much more recent decades when suddenly we down here finally noticed what they'd been saying all along -- square drive screws *are* often more efficient and easy to work with than conventional slot or phillips head screws. (the latter of those which also had its own 'newfangled' period of general acceptance, but way long ago)