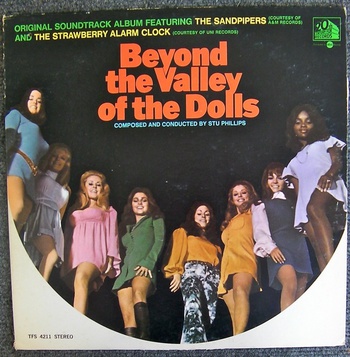 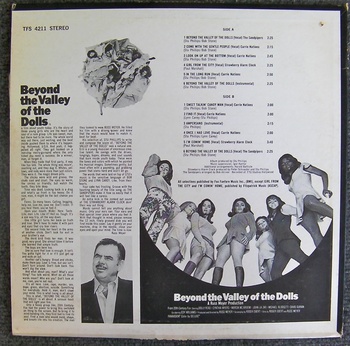 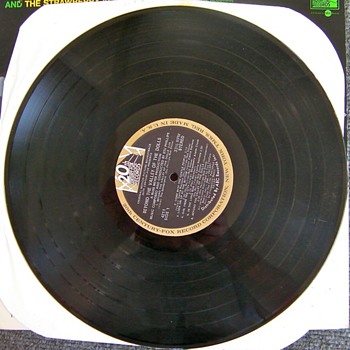 While many claim "This Is Spinal Tap" as the greatest all-time non-concert rock and roll film for good reason, I'd give the crown to "Beyond The Valley of the Dolls." Directed by Russ Meyer and written by Roger Ebert and released by 20th Century Fox in 1970, this one can't be beat for sex, violence, rock and roll, and hilariously absurd dialogue. The soundtrack and the film feature the Strawberry Alarm Clock with future Lynyrd Skynyrd guitarist Ed King in the lineup and lots of great music besides.

This is an original LP in excellent condition. I'd been looking for this for years when Great Plains (a great garage rock outfit from Columbus, Ohio) keyboardist Mark Wyatt very kindly gave me one of his two copies back in 1989.