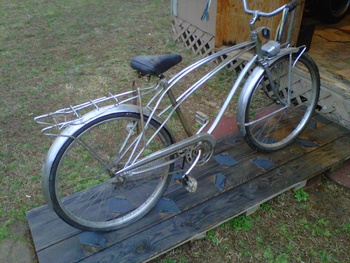 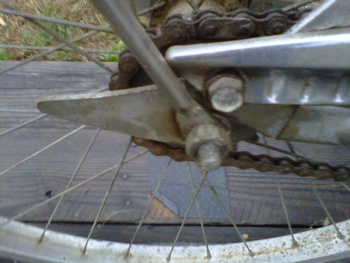 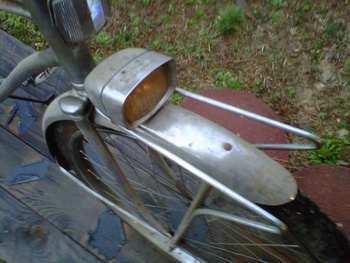 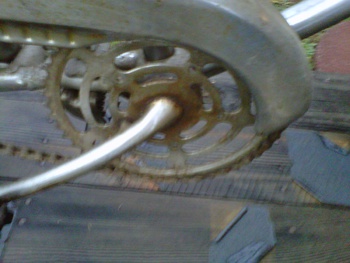 Bought this Bike on a from a guy I stopped at his house because he had alot of stuff in his yard on a backroad in VA. He had over 250 bicycles some late model BMX stuff and Moutain Bikes mostly that he saved from the dump but....over in the corner I spotted this Bike and struck a deal for it. It is a 60's Sears Spaceliner All Chrome Frame, the lower forks were painted black I believe originaly, and the pedals are incorrect and the hubcap & tank are missing plus 1 wheel is incorrect, but still a great project bike & or trade piece !!