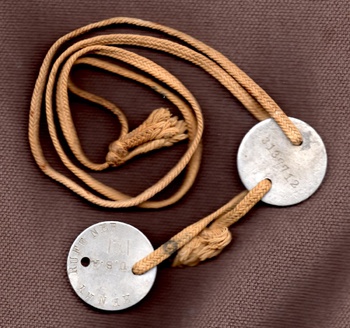 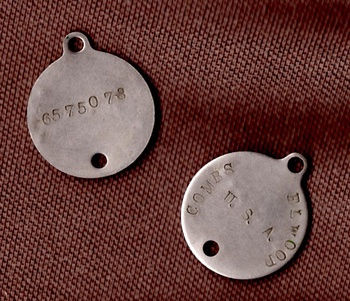 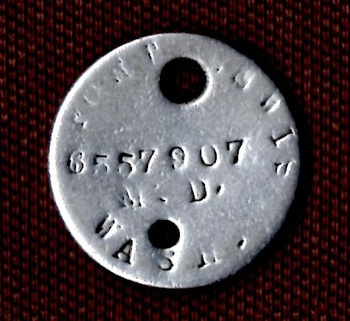 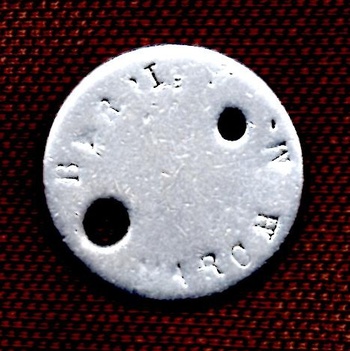 Recent postings of dog tags made me realize there’s some people here that have a lot of knowledge about them; So, I’ve decided to post the few in my collection and ask a couple questions.

First pair is a WWI set, with string instead of chain, as was normal of that period. Both tags carry the same information, with name and USA on one side, and matching serial number on the other. The metal seems to be thick aluminum. Both also have an IXI scratched into them. Any idea what IXI would mean?

Second pair is marked in the same way as the first, but made of what seems to be steel, and not shaped the same. This was one of those cases where a descendant of the original owner sold them to me along with other military mementos without that “sense of family” as we discussed in the other posts. Were these issued in a later period between the wars, or are they another variation issued about the same time as the first?

The last tag is an orphan and I’ve posted shots of both sides of the same tag. I happen to be related to the original owner and know his service record. Besides the serial number, it says “Fort Lewis Wash.” and “M.D.” The owner served in the medical department at Ft. Lewis in the 1930s. The other side has his name. This makes me wonder if there was any standardization of dog tags prior to WWII, or did the garrison commander have discretion on what was stamped on the tags?