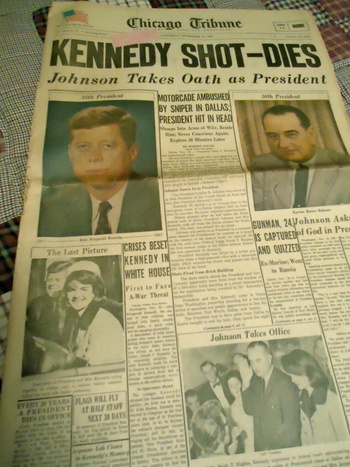 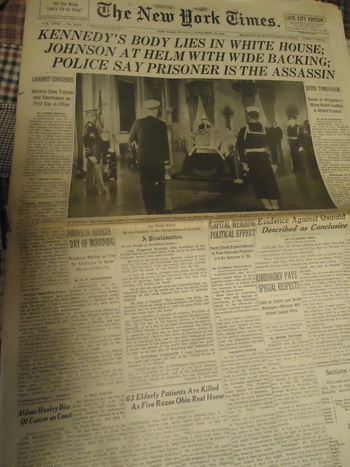 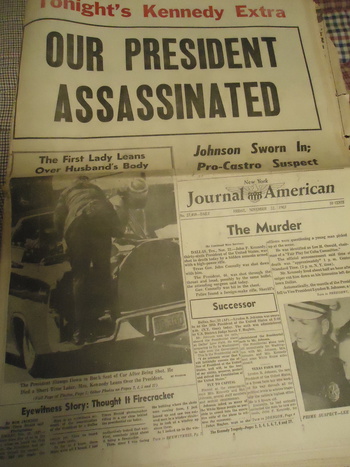 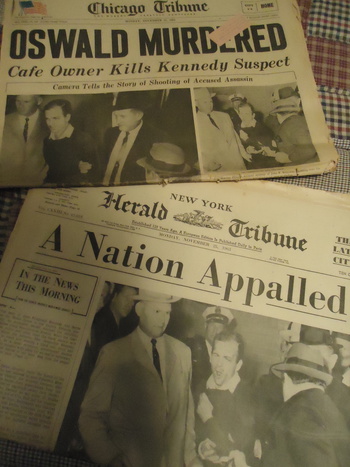 We found these November, 1963, newspapers among my father-in-law's things. The papers include headlines of the JFK assination in the Chicago Tribune, the New York Times, and The New York Journal American. Two other headlines of Oswald’s murder are in the Chicago Tribune and the New York Herald Tribune. I had never heard of the NY Journal American and the NY Herald Tribune. Apparently the Journal American was published from 1937-66, and was a result of a merger of two NY newspapers (the NY American and the NY Evening Journal), both owned by William Randolph Hearst. The Herald Tribune was created in 1924 when the NY Tribune acquired the NY Herald and it also ceased publication in 1966.
I suspect my father-in-law saved these newspapers because he was a Harvard classmate of Kennedy, both graduating in 1940. Although politically, the two men were on different sides of the aisle, I know my father-in-law had both respect and admiration for his former classmate.