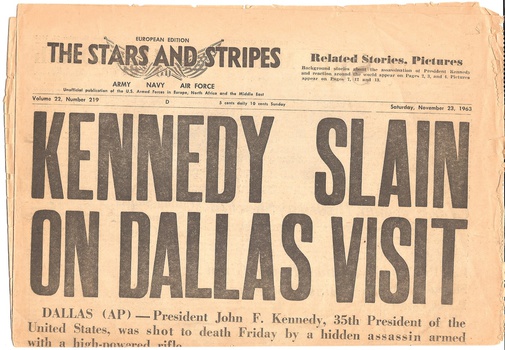 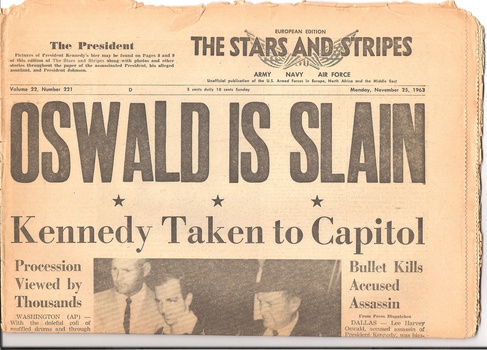 I was stationed in Germany when we got the word that President Kennedy had been shot. That was 12:30 pm Dallas time, but 6:30 pm Germany time. I was heading over to the post exchanged and by the time arrived it was dead silent throughout the exchange. I remember a German girl coming up to be and saying that our President Kennedy had been shot. I headed back to Hq Co. where we were put on alert until the next morning. The Stars & Stripes was the unoffical publications for the US Armed Forces, that morning I was lucky to get a copy of the Stars & Stripes because they had not published enought copies. 48 years later I still have my copy. I have added the Stars & Stripes copy of the Oswald slain.