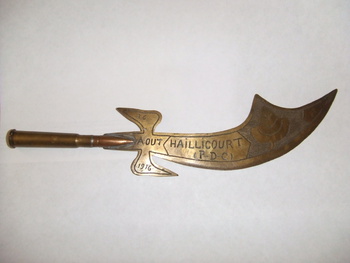 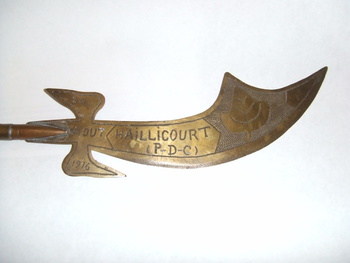 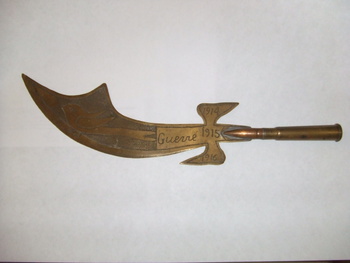 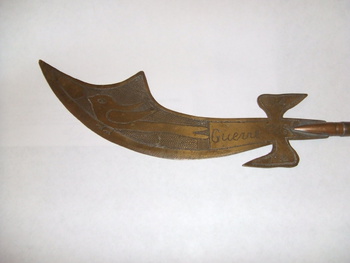 This trench art cartridge letter opener was probably made in 1916 and has some interesting engraving.

The other side has engraving that I haven't been able to completely decipher. I know "Haillicourt" is a Northern France city near Arras and that while troops were quartered there, I don't believe there was any fighting. I don't have any idea on the "P-D-C" or the "26, A OUT, 1916".

I would think this is a reference to something military, but it has me stumped! 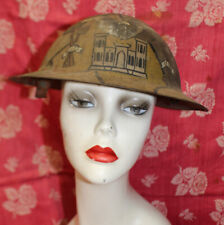 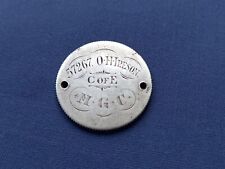 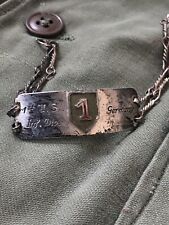