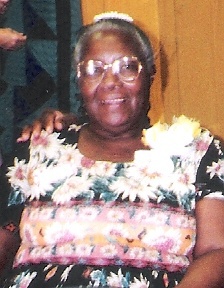 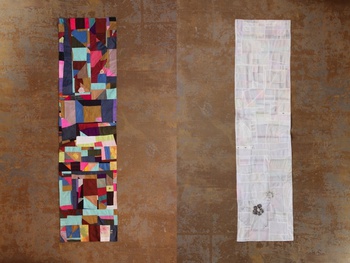 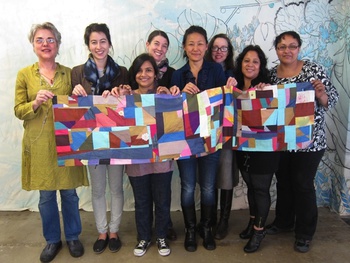 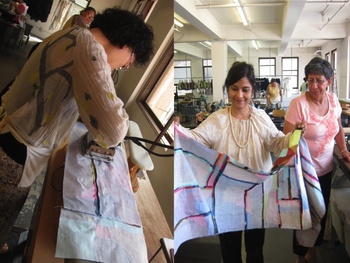 I would like to share the wonderful news of this project with those who love and admire my mothers' patchwork quilt making.........DosaInc, owner Christina Kim and Laverne Brackens were co-designers of this beautiful shawl.....

The shawl has two sides, one inspired by traditional Korean patchwork and the other an example of American improvisational quilting, ideally representing the coming together of two peoples and two cultures.

The white patchwork side of the shawl represents Korea. Designer Christina Kim, a Korean-American, has long been interested in reuse, the employment of leftover materials and mending. Her childhood memories of Korea, a time of relative poverty not long after the war, are colored by an appreciation for the scarcity of material objects and an awareness of the need to care for them. But the notion of husbandry or mending was not merely utilitarian; it was also akin to aesthetic expression. The effort to artfully repair and object ,no matter how modest, suggested an appreciation for the beauty of the original and of the labor taken to produce it. Mending did not necessarily imply a seamless restoration; a repair could be clearly visible or completed with materials different from those of the item being repaired. Mending demanded effort, often handwork, skillfully applied. The visible mark of a well made repair could enhance the complexity and beauty of an object. Patchwork was often used to mend textiles, especially,jogakbo, a traditional Korean patchwork said to result from the resourceful employment of small, odd-shaped pieces left over after cutting the curved silhouettes of the hanbok garment from bolts of fabric. The use of varied and subtle shades of white also reference Korea, in particular, the muted whites of Yi Dynasty porcelain ceramics, a refined aesthetic, deliberately imperfect, expressing an affinity to nature. The irregular fabric pieces used for the patchwork shawl were cut from swatches and sample garments. This side has been hand embroidered with the hibiscus, the national flower of Korea.

The side of the shawl representing the US is sewn from remnants of quilted textiles made by Laverne Brackens to which roses have been embroidered. Brackens, from a six-generation line of quilt makers, practices a style of improvisational quilt making with a long tradition among African-American women across the South. She works some of her patterns out as she sews; others, she says,come to her in her dreams. Brackens' quilts have been shown in numerous museum exhibits nationwide and this year she was honored as a National Heritage Fellow by the National Endowment of the Arts. In 2004, Christina Kim asked Brackens to make one-of-a-kind fabric panels for Kim's colthing and housewares company, dosa, using off-cuts the company had collected in its sewing factory the previous five years. Brackens reworked bags of loose scraps reflecting the dosa color palette into something fresh and uniquely her own. Inspired individual expression is at the heart of improvisational quilt making as it is for many iconic American art forms; indeed, individual expression is often thought essential to the idea of what it means to be an American. Brackens' bold,colorful textiles were used to make shoulder bags, cushions, pillows and other items in the dosa line. Any off-cuts or leftovers were sorted and saved for future projects. Thirty-eight remnants of Brackens' textiles were sewn together for the American side of the shawl. Images of American roses, varieties both cultivated and wild, were hand embroidered on this side. A flower prized by American gardeners and botanists since colonial times; the rose is America's national flower.