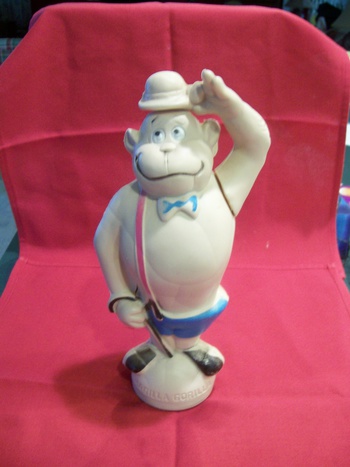 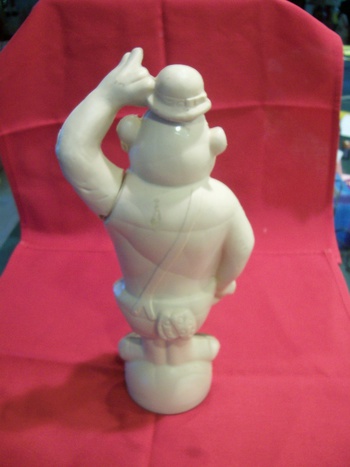 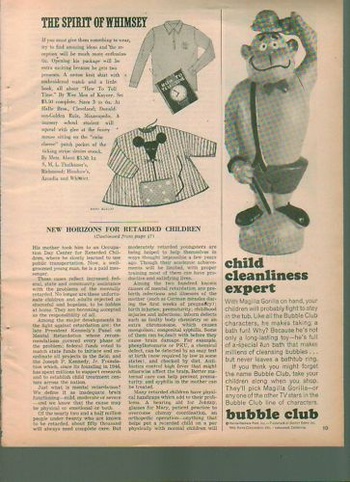 This is a bottle that contained bubble bath for kids put out by the Purex Corp as part of thier Bubble Club series. The series featured Hanna-Barbera characters. Don't know how many of these survived as they were pretty flimsy. Originally the arm on Magilla swiveled so he could tip his hat but it is taped on in the pictures. Probably will just glue it in place for display. I am guessing they came out about the same time as other Soaky series.