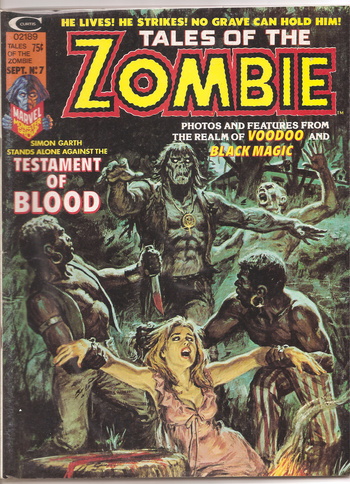 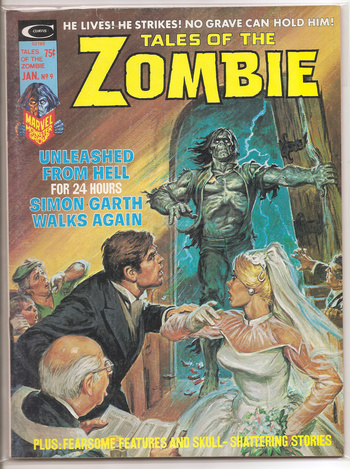 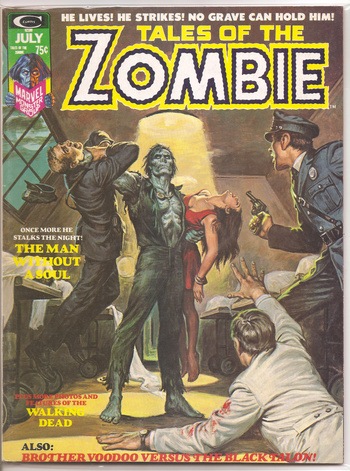 Some Issues Of Tales of the Zombie

The Zombie (Simon William Garth) is a fictional supernatural character in the Marvel Comics universe, who starred in the black-and-white, horror-comic magazine series Tales of the Zombie (1973-1975) in stories mostly by Steve Gerber and Pablo Marcos. The character had originated 20 years earlier in the standalone story "Zombie" by Stan Lee and Bill Everett, published in the horror-anthology comic book Menace #5 (July 1953) from Marvel forerunner Atlas Comics.