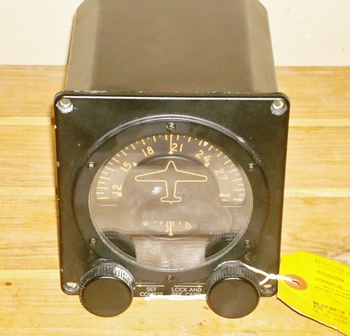 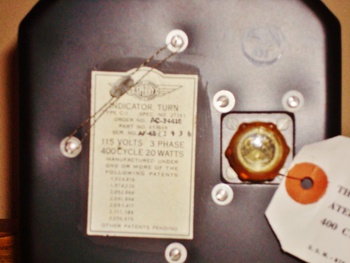 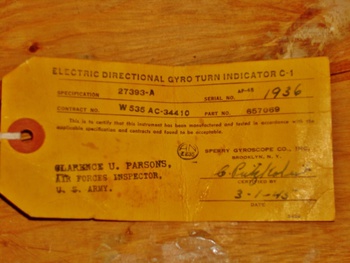 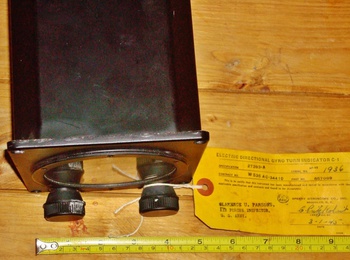 Couldn't believe this when I saw it. The auctioneer, and nobody else in the crowd, had any idea what it was. I overheard one guy say he thought it was a paperweight. It is FAR from a paperweight. This was quite possibly used in a World War II bomber. As you can see on the tag, it is dated 3-1-1945. Given the date, it could be more likely that it was in service after the war in a training bomber or in Korea, but the end of WWII is still possible. From what I can tell, Sperry made a lot of bomb sights and other avionics even before they became known as Sperry Corporation in 1933. This is a Type C-1, Part Number 657069. I would love to figure out the rest of the apparatus that this attached to and put it all together.